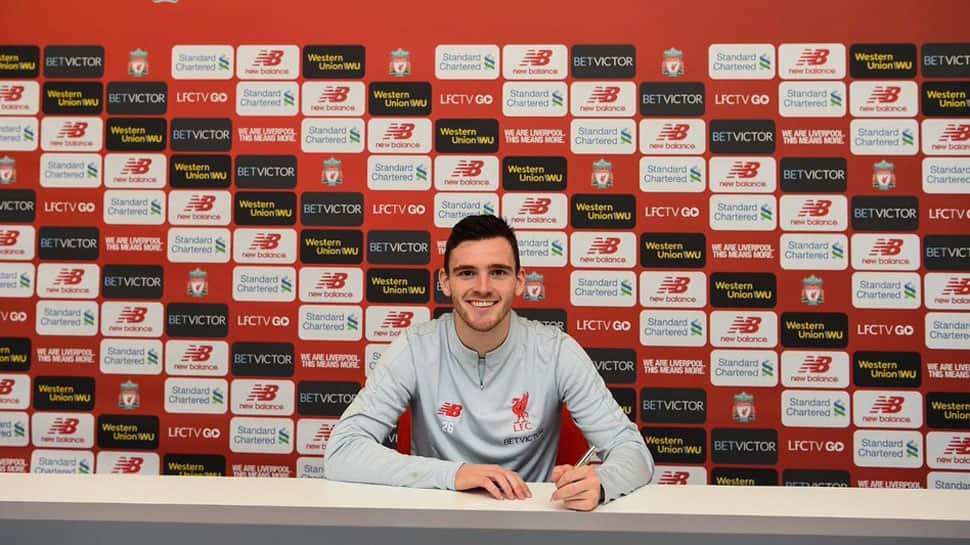 Liverpool will fight to the end to win the Premier League title, left-back Andy Robertson has said after his team were over-hauled by defending champions Manchester City at the top of the table following Sunday's 0-0 draw at Everton.

Liverpool's fourth draw in six league games saw them slip into second place, a point behind City with nine games remaining, with the Merseyside club having squandered a seven-point lead over the defending champions.

"We will fight for every last ball until the whistle is blown at the end of the season, we become the chasers now and all the pressure is on Manchester City," Robertson told British media after Liverpool's latest setback.

City have not been at their best in recent weeks but have still maintained momentum, extending their winning run to five league games in a row with consecutive 1-0 wins over West Ham United and Bournemouth in their last two matches.

Liverpool captain Jordan Henderson reinforced the message, that his team were still in the hunt to win a first league title since 1990.

"You've got to stay confident, stay positive, we'll take it game by game and there's still quite a few games to go, so that's what we'll keep doing from now until the end of the season," the midfielder said.

The goalless draw at Goodison Park was the third time in four games that Liverpool have failed to get on the scoresheet, with matches against Bayern Munich in the Champions League and Manchester United in the league ending in the same scoreline.

The three stalemates were broken up by Liverpool's thumping 5-0 victory over Watford on Thursday and Henderson said that victory showed the club's attacking players were not in the midst of a crisis of confidence.

"Scoring goals is probably the hardest part of football, so as long as we're creating the chances we know it'll come in the end," he added.

"Midweek we scored five, I know it was at home, but we know we can score goals, in the end we've got to take the point and move forward because Everton's a tough place to come to," he concluded.