Howe has managed Bournemouth in a total of 450 matches across two spells at Vitality Stadium spanning more than a decade. 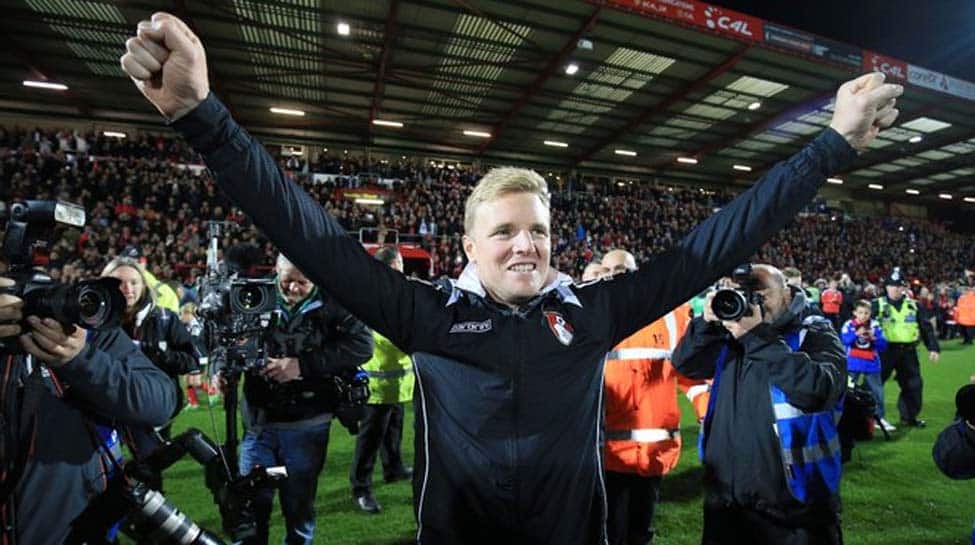 AFC Bournemouth have announced that their manager Eddie Howe has stepped down from his position by mutual consent after the club's relegation from the Premier League.

Announcing the news, the 42-year-old American said that standing down as the manager of Bournemouth was one of the hardest decision for him as he has spent a total of 25 years with the club.

“Having spent a total of 25 years with the club as both a player and a manager this decision - made together with the club - is one of the hardest I’ve ever had to make.However, although the affection and love I have for this football club will always remain, we collectively feel that now is the right time for the club to go in a new direction,"the official website quoted Howe as saying.

“Bournemouth will always be in my heart, but I firmly believe that now is the right time for the club to have a change," he added.

AFC Bournemouth chief executive Neill Blake, on the other hand, stated that Howe is the club's legend who helped in transforming the identity and history of the team.

“Eddie Howe is synonymous with this football club, both as a player and a manager, and that will never change.Myself, our owner Maxim Demin and the board’s gratitude and appreciation for Eddie’s achievements cannot and will never be underestimated,"Blake said.

In December 2008, Howe was roped in as the caretaker manager of AFC Bournemouth, who were sitting at the bottom of the Football League at that time.

Since then, Howe has managed Bournemouth in a total of 450 matches across two spells at Vitality Stadium spanning more than a decade.

Howe, who also featured in 300 matches as a player for the red and black stripes, also had a brief spell in charge of Burnley between 2011-2012 before he was bought back to Dorset.

Under his tenure, AFC Bournemouth also remained at the Premier League for five years.