Liverpool have 86 points at the top of the table while the second-placed club, Manchester City, have 66 points. 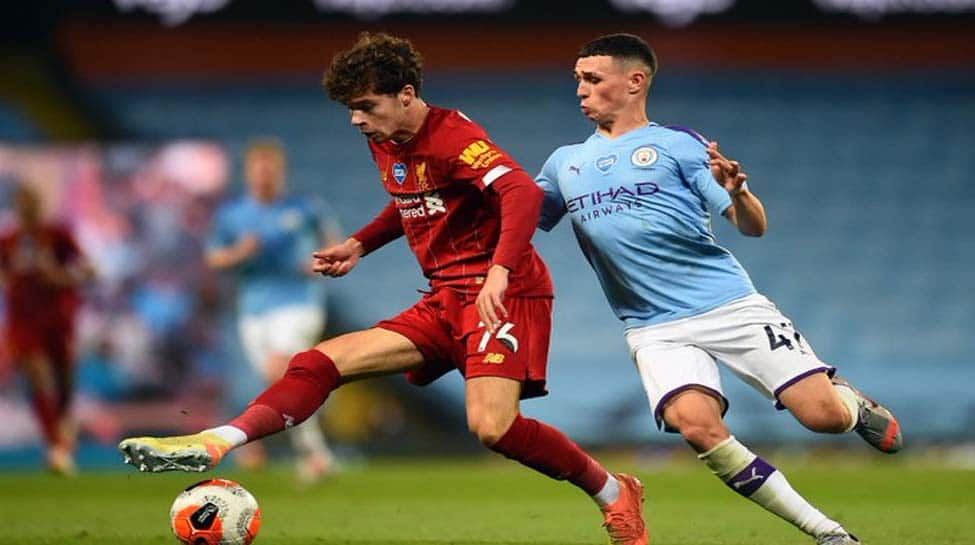 Manchester City produced a mesmerising attacking display against Liverpool as they thrashed the Premier League champions by 4-0 here on Friday.

This was Liverpool`s first clash since they sealed the Premier League title.

Manchester City took a lead in the 25th minute when Kevin De Bruyne was able to successfully convert from the penalty spot after Joe Gomez was deemed to have fouled Raheem Sterling inside the area.

Sterling and Phil Foden then netted one goal each in the first half to give the hosts a three-goal advantage, seizing control of the contest.

In the 66th minute, Alex Oxlade-Chamberlain inadvertently touched a goal-bound Raheem Sterling`s shot into his own net in an attempt to clear which brought the scoreline to 4-0.

Before the kick-off, Manchester City gave the Guard of Honour to Liverpool for winning the title.

Liverpool were crowned as Premier League champions on June 26 after Chelsea defeated Manchester City 2-1 as the Jurgen Klopp-led side cannot mathematically be caught on the table.

Liverpool have 86 points at the top of the table while the second-placed club, Manchester City, have 66 points.