The capacity 74,000 crowd at Old Trafford was in full voice, United were attacking Paris St Germain down the flanks with speed and aggression and their opponents looked shaky. 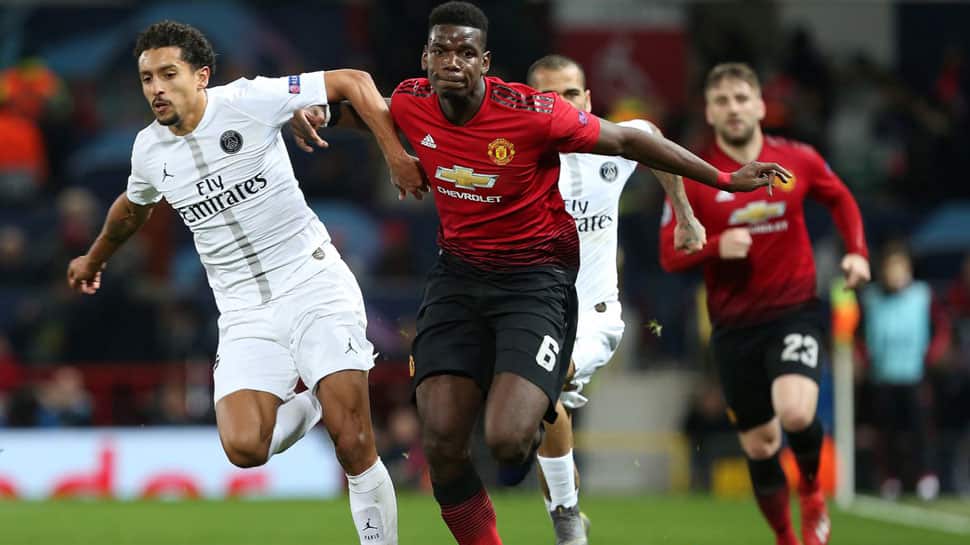 For around 20 minutes, the Champions League glory days really did feel like they were back for Manchester United.

The capacity 74,000 crowd at Old Trafford was in full voice, United were attacking Paris St Germain down the flanks with speed and aggression and their opponents looked shaky.

That feeling lasted until the French champions began to get a grip on the game and by the end of the night, a 2-0 defeat in the last 16, first-leg clash served to highlight the gulf that remains between this United team and the European elite.

"That`s the level we want to get to" United`s caretaker manager Ole Gunnar Solskjaer told reporters. "We`ve been talking about top four (in the Premier League), that`s one thing but we want to be at the top and Man United should be at the top."

"This is a top, top team we played against. Our players today, are disappointed, of course, but I also think they know we need to step up our level to get to the level we want to get to," added the Norwegian after suffering his first defeat since taking over 12 games ago in December.

PSG had to cope without the injured Neymar and Edison Cavani, two thirds of their attack, yet remained a real threat in the final third with Julian Draxler and Angel Di Maria causing United problems.

That is the kind of strength in depth United will need to build if they are to return to being the kind of force in Europe that they were under Alex Ferguson.

"It`s a reality check, you can see the strength they have when they put those players in as you talk about but that`s the level we want to get to," added Solskjaer.

"And we are looking to strengthen the squad and then again we have so many young players to take a step up for next season."

The Norwegian insisted, however, that his first loss won`t wreck the momentum United have built up in the Premier League.

"No, not at all because at this club we have to bounce back and we are in a tournament, the Champions League, where it`s always going to be difficult, but our bread and butter is the (domestic) league so (I`m) not afraid of that."

"The reaction in the dressing room was disappointment and when we go to Paris we`ll give it a go. It is a difficult mountain to climb but not impossible".

Only once since the 2010-11 season have United won a Champions League knockout stage game and, with key midfielder Paul Pogba suspended after his late red card, the odds are stacked against that changing in Paris on March 6.