Manchester United not a laughing stock any more: Phil Jones

Jones, who extended his contract until 2023 last week, believes the club has been transformed since Solskjaer took charge in December. 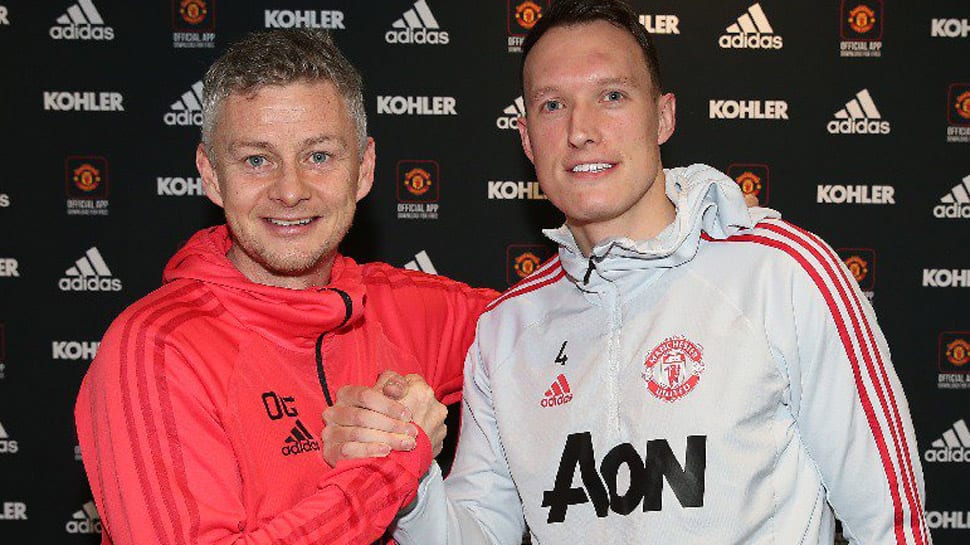 Manchester United were a "laughing stock" at the start of the season but deserve to be taken seriously now after Saturday's win over Fulham lifted them into the Premier League's top four, defender Phil Jones has said.

Caretaker manager Ole Gunnar Solskjaer had brought a "positivity" to the club after Jose Mourinho's departure and while United were not the finished article they were moving in the right direction, he added.

"It was tough for everyone involved, we might have been a bit of a laughing stock at the start of the season, but certainly not now," Jones told reporters after United's 3-0 win.

"We've proven that in the last 10 or 12 games. Everyone's got to take us seriously now," he added.

United were 11 points off the top four when Solskjaer took charge in December, having won eight of their last nine Premier League games.

They moved back into the Champions League spots for the first time since the opening weekend.

The club is undefeated since Solskjaer's appointment, winning 10 of 11 games in all competitions, and Jones attributed the run to the different approach under the Norwegian.

"(There's) just a positivity about the place to grind results out when we're not playing well, to play forward, to play with intent and purpose," said Jones, who extended his contract until 2023 last week.