United sealed their 10th win in 11 games under interim boss Ole Gunnar Solskjaer with a 3-0 victory at Fulham on Saturday. 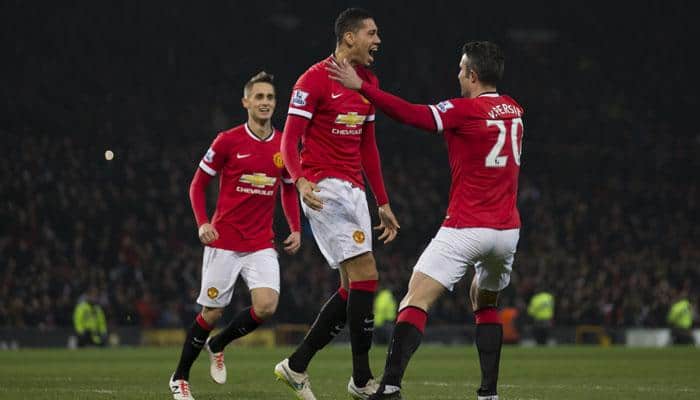 United sealed their 10th win in 11 games under interim boss Ole Gunnar Solskjaer with a 3-0 victory at Fulham on Saturday, climbing into the top four in the Premier League for the first time since the opening weekend.

Solskjaer`s side host PSG in the first leg of the Champions League last 16 on Tuesday, with a FA Cup trip to Chelsea and the league visit of Liverpool to follow this month.

"We all knew the run of fixtures we have coming up and we are all relishing that," Smalling told United`s website.

"We knew today (Saturday) it was about character and if we can get up for PSG and Liverpool, it was about coming here and making sure we got the three points. The mood going into PSG is as good as ever," he added.

PSG will be without the injured Neymar for the clash at Old Trafford and the Ligue 1 side were dealt another blow with French sports daily L`Equipe reporting that forward Edinson Cavani would also miss the game through injury.

United`s fine run has coincided with the return to form of France international midfielder Paul Pogba under Solskjaer, with the World Cup winner scoring twice at Fulham to take his league tally to 11.

"Paul has got everything, hasn`t he? And he`s showcasing that," Smalling added.

"A big reason why we are in this form we are in is down to Paul, because he`s not just scoring goals, he is assisting goals and he is controlling games as well, so we are very lucky to have a player like him in our team," the defender signed off.