Young's comments came in the light with pitch invasions occurring in the Scottish Premiership, the English Championship (second-tier) as well as the Premier League. 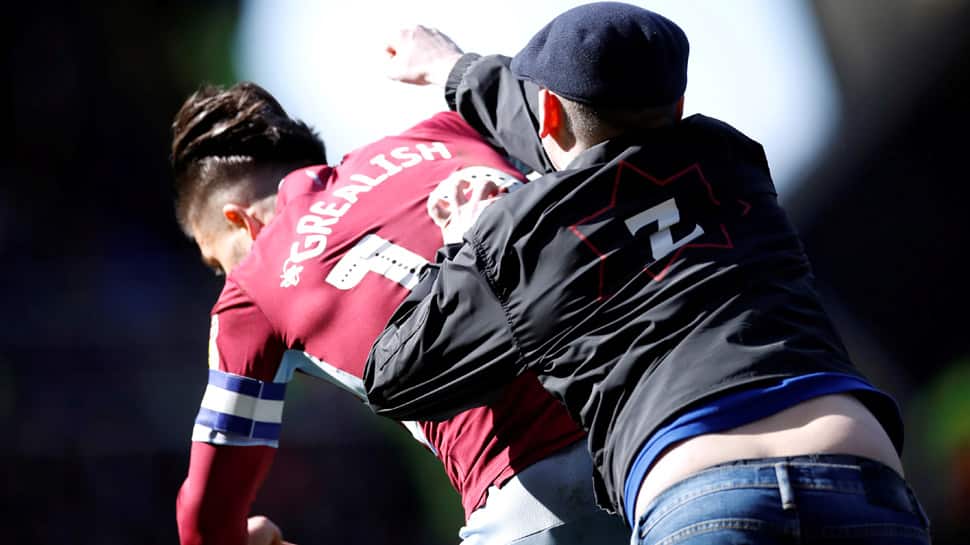 Manchester United's Ashley Young has called for greater protection for players, after his team's 0-2 Premier League defeat at Arsenal was disrupted by a fan running on to the pitch and shoving his team-mate Chris Smalling.

The incident was one of several involving rogue fans over the weekend, with pitch invasions occurring in the Scottish Premiership, the English Championship (second-tier) as well as the Premier League.

A fan confronted Rangers captain James Tavernier in their 1-1 draw with Hibernian in Scotland on Saturday, while Aston Villa captain Jack Grealish was punched in the face by a fan during Sunday's 1-0 win at derby rivals Birmingham City.

"That's the third time a fan has managed to get on the pitch (this weekend). What if they are carrying something? The players will be in danger," Young told reporters.

"It's definitely something the FA, the Premier League and FIFA have got to do something about. I don't know if it's extra stewarding or what, but it's a concern with the one earlier today and the one on Chrissy. Something has got to be done," he added.

The supporter who invaded the pitch at Arsenal and the fan who punched Grealish were both arrested by police.

Arsenal manager Unai Emery condemned the incident at the Emirates Stadium, while Arsenal issued an apology to Smalling and United.

"I don't want that. It's not in my control. I think we can enjoy the support, today I think they helped us but we need to do it with respect," Emery said when asked about the pitch invasion.

The victory saw Arsenal go above United and occupy fourth place in the table.