Saint Etienne remain fourth in the Ligue 1 ranking, three points behind third-placed Lyon, while the home side are six points off relegation in 14th place. 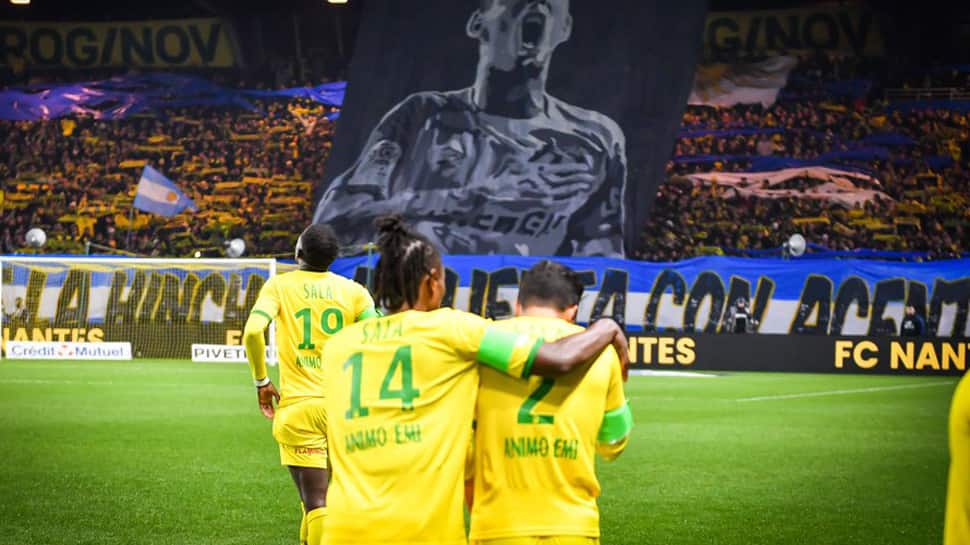 Nantes avoided defeat at home against Saint Etienne with a 1-1 draw in their Stade de la Beaujoire, a game that had been postponed after the plane accident of their former player Argentine Emiliano Sala.

Before the beginning of the match on Wednesday, the player, who had played for Nantes but was just starting with Cardiff, received a moving tribute in the stadium, where a giant banner was unfurled in his tribute, reports Efe news.

Sala and the pilot of his aircraft, David Ibbotson, have been missing since it disappeared from radar screens some 24 km (15 miles) north of Guernsey on January 23 as it made its way from the French city of Nantes, where the 28-year-old Argentine forward had said farewell to his former teammates, to Cardiff, in South Wales, in order to begin the next stage of his career at the English Premier League side.

Authorities in the UK on Wednesday said two seat cushions discovered washed up on a beach in northern France likely came from a small aircraft that went missing over the English Channel with Cardiff City FC`s newly-signed striker Emiliano Sala on board.

The Air Accidents Investigation Branch said its French counterpart had on Monday discovered the debris on a beach near Surtainville, which is located on the Cotentin Peninsula, directly east of the English Channel island of Guernsey.

On Wednesday evening, the two teams marked a determined match, even when in the second half both teams had to play with 10 players after the expulsions of Brazilian Fabio, for Nantes, and Yann M`Vila, Saint Etienne, after a fight between the two.

It was Saint Etienne who took the lead through Remy Cabella in the 58th minute, but Nantes, who have suffered three successive defeats, avoided another setback thanks to Ghana`s Waris Majeed goal in the 70th minute.

Saint Etienne remain fourth in the Ligue 1 ranking, three points behind third-placed Lyon, while the home side are six points off relegation in 14th place.