Napoli held again in latest Serie A stalemate against Torino

Napoli were held to stalemates by AC Milan and Fiorentina in their last two away games and failed to find the net once again at the Stadio San Paolo. 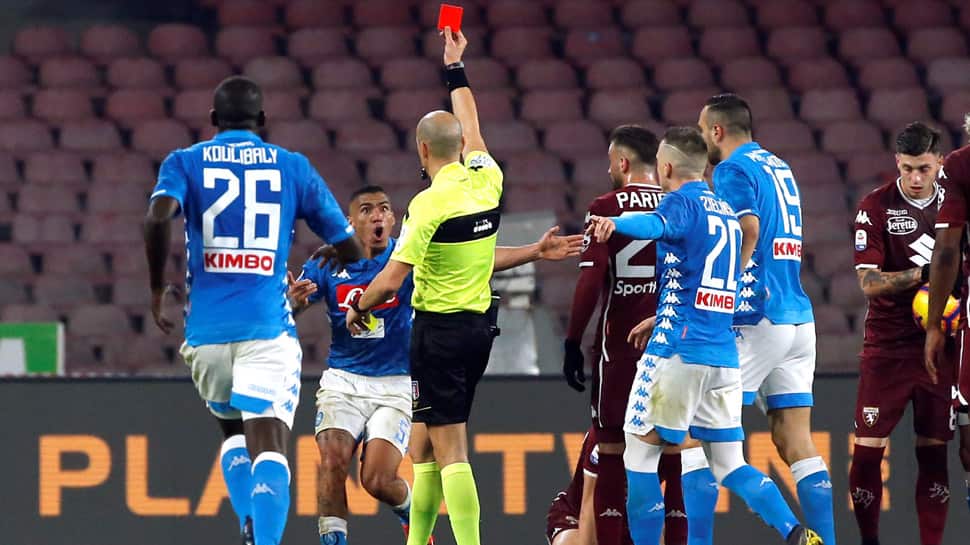 Napoli drew 0-0 with Torino on Monday, their third goalless draw in four Serie A games, allowing Juventus to take a 13-point lead at the top of the table.

Carlo Ancelotti's side were held to stalemates by AC Milan and Fiorentina in their last two away games and failed to find the net once again at the Stadio San Paolo.

Arkadiusz Milik came close on several occasions and Lorenzo Insigne curled a shot off the post but Torino held firm to frustrate their hosts.

In the first half, Milik poked a finish wide from inside the six-yard box after meeting Fabian Ruiz's cross, while Insigne had the best chance after the interval but his shot came off the upright.

Napoli midfielder Allan was shown a second yellow card in stoppage time, before the decision was overturned for mistaken identity following a Video Assistant Referee (VAR) review, with Kevin Malcuit picking up the booking instead.

"We lacked a goal, just as we did against Fiorentina. We played with focus, motivation, determination, but it's unacceptable to have 18 scoring opportunities over two games and not score any of them," Ancelotti told the Italian broadcasters.

"Evidently we need to work in training on the finishing, crosses, movements, decision-making. I defy anyone to say this team doesn't play good football but we are not turning the chances into goals. We're in a very strong position, the team proves with its performances that the team is very determined, concentrated and has a precise identity, you might not think that just looking at the results but it's true,"he added.

"It is our own fault and the devil is in the detail, we need a more precise cross, more accurate finish, better run. It's not just the strikers, as the crosses and final ball also need work. We all need to work on it, there's no point focusing only on the forwards," Ancelotti concluded.

The result leaves Napoli in second place on 53 points, while Torino occupy ninth with 35 points.

There were also wins for Udinese and Empoli over Chievo and Sassuolo respectively and in the lunchtime kick-off Fiorentina won 4-1 away to SPAL.