Nervous Inter Milan got it wrong from the start: Luciano Spalletti

Inter drew 0-0 in the away leg of the last 16 fixture but never recovered after falling behind to a sixth-minute goal at home as they waved goodbye to their last chance of winning a trophy this season. 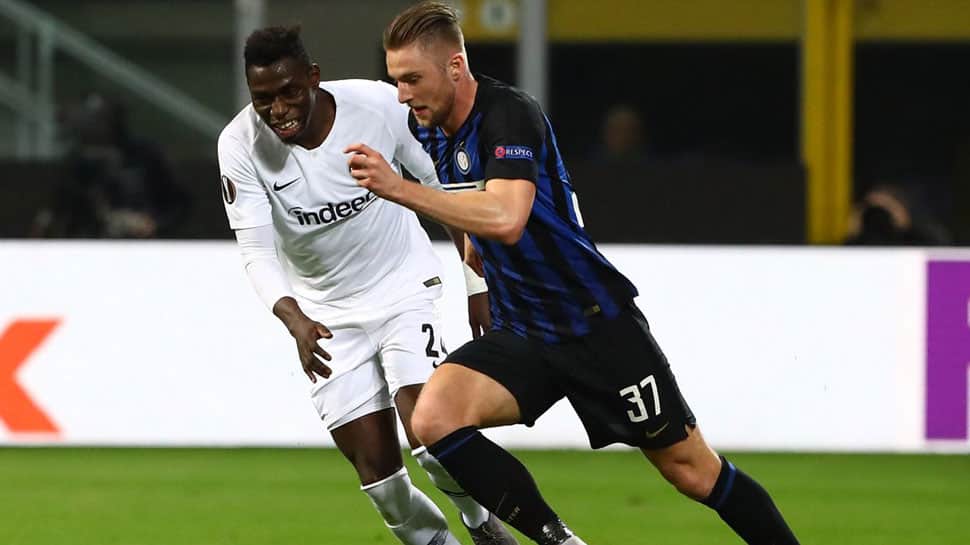 Inter Milan coach Luciano Spalletti said his team got it wrong from the start after they were knocked out of the Europa League by Eintracht Frankfurt on Thursday and demanded an improvement for the Milan derby at the weekend.

Inter drew 0-0 in the away leg of the last 16 fixture but never recovered after falling behind to a sixth-minute goal at home as they waved goodbye to their last chance of winning a trophy this season.

"We lacked a bit of everything, we lost our balance straight away, became nervous and the opponent took advantage of the situation," said Spalletti after his side`s 1-0 defeat.

"When we looked to recover, we did our jobs badly and we never had the right spacing between the different positions."

Spalletti also conceded that it might not have been the right decision to start forward Keita Balde so soon after injury.

"The selection of Keita was a bit rushed because he missed lots of games and it wasn’t easy for him to get back in rhythm," he added.

Inter, who are fourth in Serie A, face third-placed AC Milan at San Siro on Sunday in the second derby of the season. They won the first derby 1-0, a result which heaped pressure on Milan coach Gennaro Gattuso.

This time it looks as if it is Spalletti`s position that is hanging in the balance.

"We need more confidence,” he said. “We’ll look back over this match and recognise we didn’t read it the right way.”