Ritchie, who has started all three of Newcastle`s Premier League games so far this season, was clattered into by Leicester City`s Hamza Choudhury in Wednesday`s League Cup match at St James` Park. 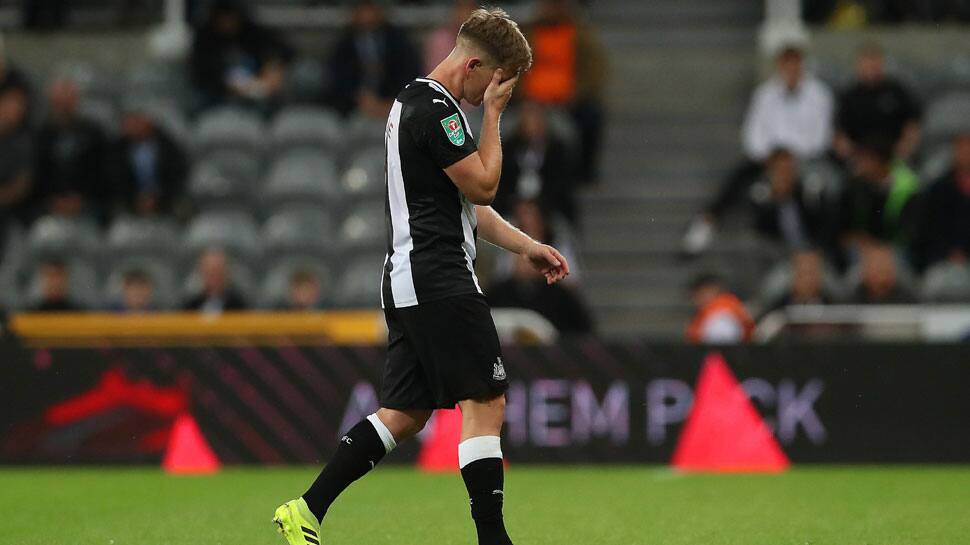 Ritchie, who has started all three of Newcastle`s Premier League games so far this season, was clattered into by Leicester City`s Hamza Choudhury in Wednesday`s League Cup match at St James` Park.

Bruce described the incident, which left Ritchie requiring three stitches, as a 'horror challenge' and the initial assessment has left the manager frustrated.

"It`s not great news. We think he`s going to be (out for) two months," Bruce told a news conference ahead of Saturday`s home league match against Watford.

"Matt played in the cup game and it`s always a risk (playing in the early rounds), but the baffling thing for me is and I understand the boy apologised, but the referee is five yards away. Let`s hope the young lad learns from it, because he`s a good lad."

There are further injury concerns for Newcastle with winger Allan Saint-Maximin forced to spend three weeks on the sidelines with a hamstring strain.

Newcastle are aiming to build on their first league win under Bruce, having toppled Tottenham Hotspur last weekend.

Meanwhile, Watford are seeking to put their first points on the board and move off the bottom of the league table.

"They`ve had a bad start but anyone can lose three games in the Premier League," Bruce said.

"We`ve got a really difficult game. If we can get a positive result tomorrow, it`ll have been a decent start. Let`s hope we can pull it off - back-to-back wins are crucial in the Premier League in my experience."