Another tie that fans will keep an eye on for a possible upset is in South Yorkshire where third-tier Doncaster Rovers will take on Premier League strugglers Crystal Palace. 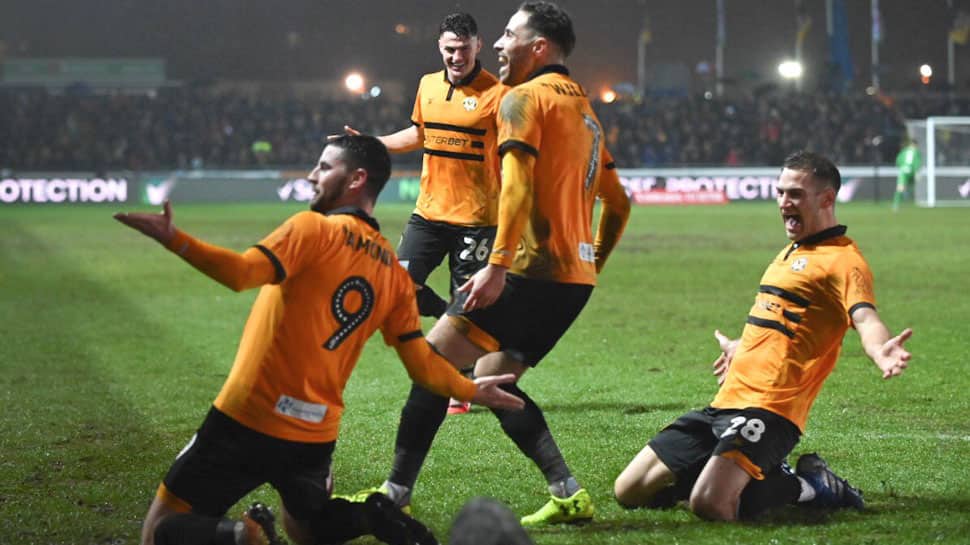 The FA Cup may have lost its appeal, no longer a highlight of the English football calendar, but occasionally it throws up a fixture that captures the imagination.

Saturday`s meeting between fourth tier League Two Newport County and Premier League champions Manchester City certainly provides the David versus Goliath encounter which is at the heart of the world`s oldest club competition.

Pep Guardiola`s multi-million pound squad, used to the pristine surfaces of their own Etihad Stadium and Premier League venues, will be in action at Rodney Parade, until a few years ago used exclusively for rugby and with a capacity below 8,000.

Leicester City have already been beaten by County this season and Championship (second tier) club Middlesbrough certainly struggled in the mud during their defeat in South Wales in their fourth round replay.

Newport manager Mike Flynn does not think the pitch will hamper City too much, however.

"They’re a fantastic outfit and knowing how good Pep is, I’m sure he’ll overcome that pitch," Flynn said after the win over Middlesbrough.

"We passed the ball around a lot in tough conditions and I’m sure Man City will do the same."

Newport have gone through some hard times -- they were relegated from the Football League in 1988 and went out of business in the following year. Their old 25,000 capacity home, Somerton Park, was demolished in 1993 and became a housing estate.

The club was re-formed by fans and had to restart in the regional Hellenic League, then four tiers below the Football League, and the several moves of stadium led to their new nickname of `The Exiles`.

County returned to the Football League in 2013 and have been in League Two ever since.

While they have had moments of glory in their past -- they reached the quarter-finals of the European Cup Winners` Cup in 1981 as Wales`s representatives, this is the first time the club have been in the FA Cup fifth round since 1949.

Another tie that fans will keep an eye on for a possible upset is in South Yorkshire where third-tier Doncaster Rovers will take on Premier League strugglers Crystal Palace.

The weekend`s fixtures conclude on Monday with an all-Premier League clash between Chelsea and Manchester United.

Chelsea are smarting from their 6-0 defeat to City in the league while United will want to progress after the disappointment of their 2-0 loss to Paris St Germain in the Champions League on Tuesday.