Since Solskjaer was appointed permanent United manager last month, the Red Devils have struggled to find the form that helped them to an 11-match unbeaten streak when the Norwegian first took over on an interim basis in December. 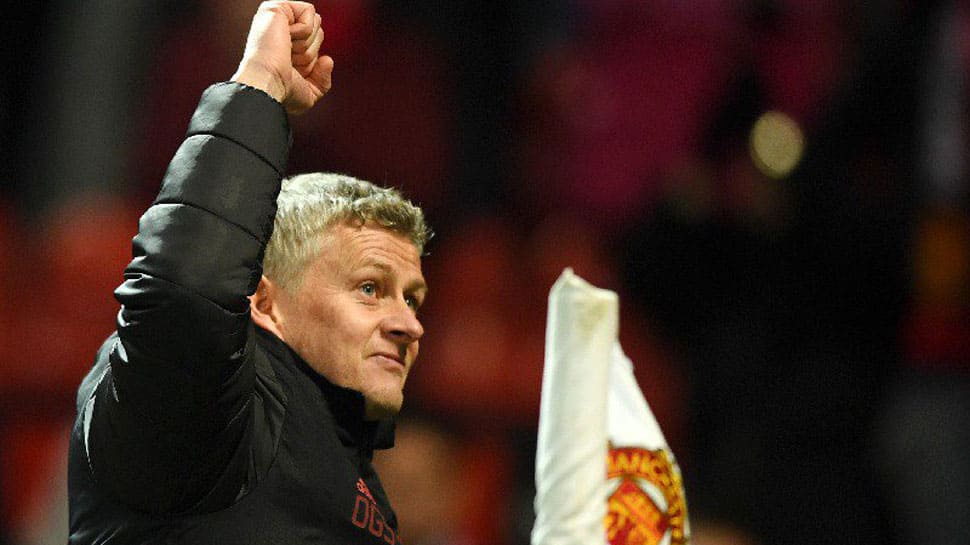 Manchester United manager Ole Gunnar Solskjaer said his side "got away with it" as United warmed up for their Champions League clash with Barcelona with a laboured 2-1 win over West Ham United on Saturday.

Since Solskjaer was appointed permanent United manager last month, the Red Devils have struggled to find the form that helped them to an 11-match unbeaten streak when the Norwegian first took over on an interim basis in December.

After being given the job permanently, Solskjaer`s side saw off Watford but they then lost successive matches to Wolverhampton Wanderers and then Barcelona in the first leg of their Champions League quarter-final at Old Trafford.

Barcelona will carry a 1-0 advantage into next week`s return leg comfortable in the knowledge that they did not face a shot on target.

Against West Ham on Saturday, United needed a penalty to take a first-half lead at Old Trafford and, after the visitors levelled through Felipe Anderson, United needed the crossbar and a brilliant David de Gea save to keep the scores level.

Paul Pogba stepped up to score United`s second penalty of the game and Solskjaer admitted his side were lucky to secure all three points.

"We got away with it. Sometimes you get more than you deserve and today is one of them nights," Solskjaer said.

"Watford was one of them as well."

"We were lucky it wasn`t Barcelona but West Ham played well."

It was United`s second win in six games in all competitions since their remarkable comeback victory over Paris St Germain in the Champions League`s round of 16.

They will now be hoping they can produce another stirring fightback against Barcelona on Tuesday.

Barcelona have won 27 of their last 30 Champions League home matches and drawn the other three. They have never lost to United at home in the competition but Solskjaer is refusing to give up hope.

"We know it is going to be a very difficult game but we beat PSG," Solskjaer added. "It will be a greater achievement if we can manage it against Barcelona because we know what they are."

"We will go there, why not have a go but we have to be better defensively."

One glimmer of hope for United is that a much-changed Barcelona were held by La Liga bottom side Huesca on Saturday.