Solskjaer also said that Ashley Young would be the new club captain, taking over from Antonio Valencia who left after 10 years in Manchester to join LDU Quito in his native Ecuador last month. 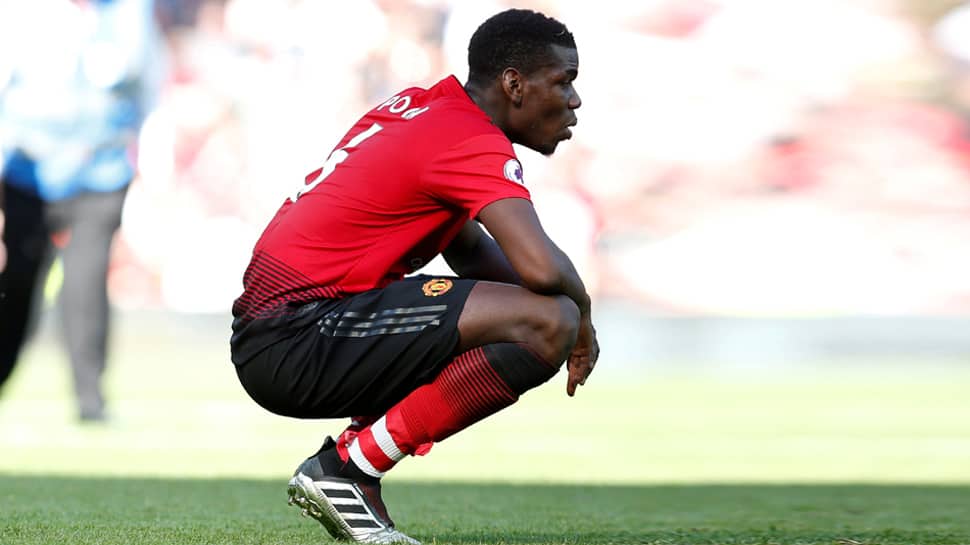 Manchester United manager Ole Gunnar Solskjaer is expecting to name Paul Pogba in the line-up for the first game of the new Premier League campaign against Chelsea next weekend, despite the Frenchman`s overtures to leave the club in the close season.

Pogba said in June that he could seek a new challenge after three years at United, while his agent told The Times last month that the 26-year-old intends to leave the club amid reports linking him to Juventus and Real Madrid.

However, with a transfer having not materialised the midfielder, who joined United from Juventus in 2016 for a then-world record fee of 89.3 million pounds, could be around Old Trafford for a little while longer.

"Paul will probably be back early next week in training. It`s not an injury, just some pain. He`s not injured but I wasn`t going to risk anything this weekend," Solskjaer told a news conference after his side`s penalty shootout win over AC Milan in Cardiff.

"He should be okay (for Chelsea). I would hope so, anyway. I wasn`t expecting Paul (at the airport). I spoke to him after training and he didn`t feel right."

Pogba has endured a turbulent time at United, notably falling out with Solskjaer`s predecessor Jose Mourinho.

However, he may be convinced by the ambition shown by the club to improve on a disappointing sixth place finish in the Premier League last season, 32 points behind champions Manchester City.

"Hopefully, the last little details will be in place and we can announce something very soon," the Norwegian coach said of the England centre back.

"Let`s get the details over the line but he`s played a few games over the summer so we`ll just have to assess him, if and when (he is available for the Chelsea match)."

Solskjaer also said that Ashley Young would be the new club captain, taking over from Antonio Valencia who left after 10 years in Manchester to join LDU Quito in his native Ecuador last month.