Monaco continued where they left off last term when they finished 17th in the 20-team table, three points clear of relegation. 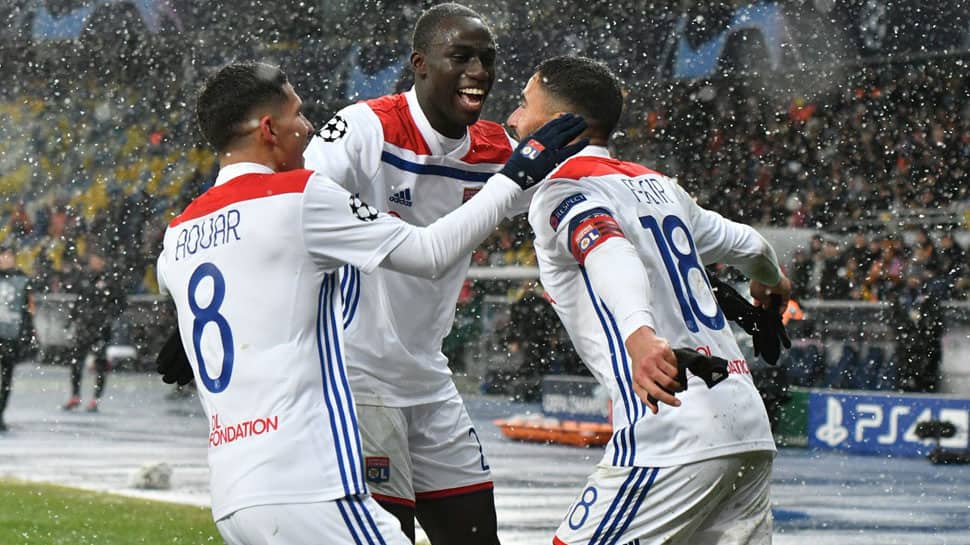 Olympique Lyonnais brushed aside AS Monaco 3-0 away in the season-opening Ligue 1 match on Friday, helped by a red card for Cesc Fabregas after half an hour and a dreadful mistake by goalkeeper Benjamin Lecomte on his debut.

Moussa Dembele and Memphis Depay scored first-half goals for Lyon, who were third last season, and Lucas Tousart fired home the third with 10 minutes left to give new manager Sylvinho a winning start in his first senior coaching job.

Monaco continued where they left off last term when they finished 17th in the 20-team table, three points clear of relegation.

Dembele put Lyon ahead in the fifth minute when he rose between two defenders to meet Bertrand Traore`s inviting corner and powered his header into the roof of the net.

It got worse for Monaco with Fabregas` bizarre dismissal.

The Spaniard chased a long ball into the area, appeared to clip the heels of Leo Dubois and was booked for what seemed an innocuous challenge.

However, the referee then consulted the VAR and changed the card to a red.Monaco`s nightmare continued as Depay, given far too much time to line up his shot, fired in a low drive from 25 metres which Lecomte, signed from Montpellier during the close season, appeared to have covered but allowed to go between his legs.

Monaco did their best to battle back in the second half but it was a lost cause and Tousart completed their misery with a 25-metre effort from Thiago Mendes` pass.

Former Brazil international Sylvinho, who replaced Bruno Genesio after the end of last season, was previously assistant coach with Inter Milan and then Brazil.