Despite the loss, Paris St. Germain lead the table with 56 points from 21 games, 10 ahead of second-placed Lille who have played two more games. 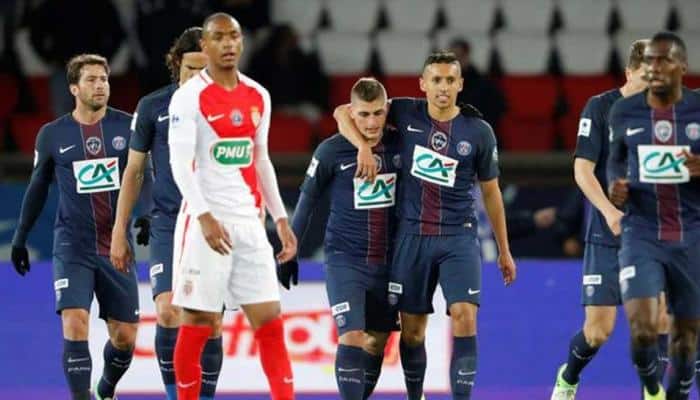 Paris Saint Germain (PSG) slumped to a 1-2 defeat at the hands of Olympique Lyonnais on Monday, to suffer their first Ligue 1 loss of the season ahead of their Champions League last-16 tie against Manchester United.

Thomas Tuchel's PSG--without the injured Neymar--were overwhelmed at the Groupama Stadium by Lyon, who will play Barcelona in Europe's premier club competition.

PSG lead the table with 56 points from 21 games, 10 ahead of second-placed Lille who have played two more games. Lyon are third, three points further adrift.

The capital side lacked steel in midfield in the absence of injured Marco Verratti and missed the spark of Neymar, who will also sit out the February 12 first leg against Manchester United at Old Trafford due to a foot injury.

Edinson Cavani and Kylian Mbappe, spearheading the attack in a 4-4-2 formation, were subdued, raising concerns nine days before PSG face a resurgent United side.

PSG went ahead after seven minutes when Julian Draxler dispossessed Houssem Aouar and set up Di Maria on the edge of the box for the Argentine to score with a left-foot shot.

Lyon had the upper hand, though and PSG were saved by six stops from Alphone Areola before he failed to handle a Leo Dubois cross, leaving Dembele free to head home from point-blank range in the 33rd minute.

Lyon took the lead four minutes into the second half, Fekir converting a penalty after Thiago Silva had fouled Dembele.

The visitors dominated the closing stages, but the Lyon defence and keeper Anthony Lopes held firm to hand the capital side their first league defeat since May.