The Brazil midfielder travelled with Barca to their opening La Liga game of the season against Athletic Bilbao but was left out of the matchday squad. 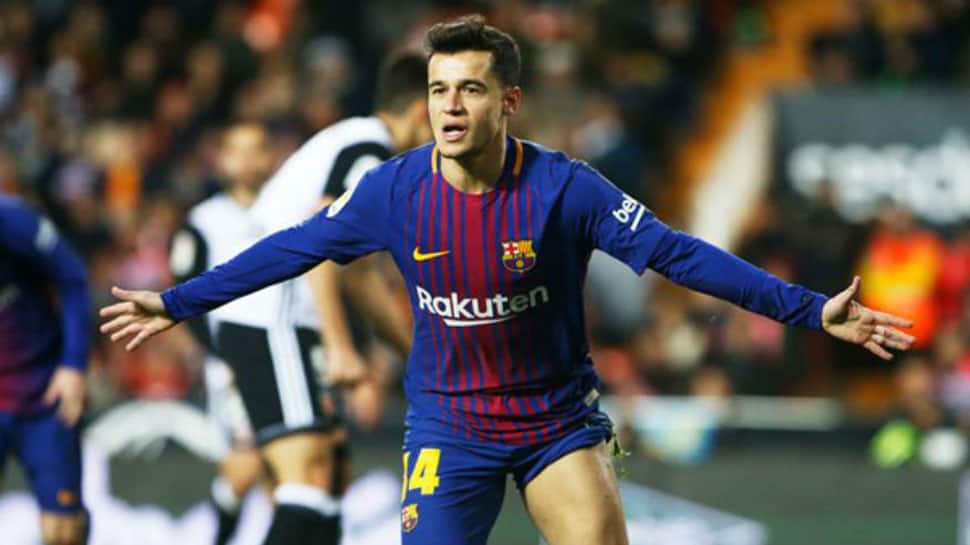 Barcelona`s record signing Philippe Coutinho is set to move to Bayern Munich on loan for the remainder of the season, the Spanish champions said on Friday.

The Brazil midfielder travelled with Barca to their opening La Liga game of the season against Athletic Bilbao but was left out of the matchday squad.

"We can confirm that we have reached an agreement with Bayern Munich over the loan of Coutinho," director of institutional relations Guillermo Amor told reporters.

Coutinho, 27, joined Barca from Liverpool in January 2018 for a club record fee of 120 million euros ($133 million) plus 45 million euros in variables.

"There are still some issues pending such as the contract signature and the medical check but we have an agreement," Bayern sports director Hasan Salihamidzic told ZDF television.

"We are delighted to have brought him to Bayern. It is a one-year loan deal with an option to buy him for Bayern. He is a very versatile player who will surely give us a lot of options."

The Brazilian played 76 games for the Catalans in all competitions, scoring 21 goals, but struggled to dovetail with his fellow attackers and has not had the intended impact on the team, despite winning two consecutive La Liga titles.