The draw in an entertaining clash at Bramall Lane left Watford 19th on 13 points halfway through the campaign, one ahead of bottom team Norwich City. 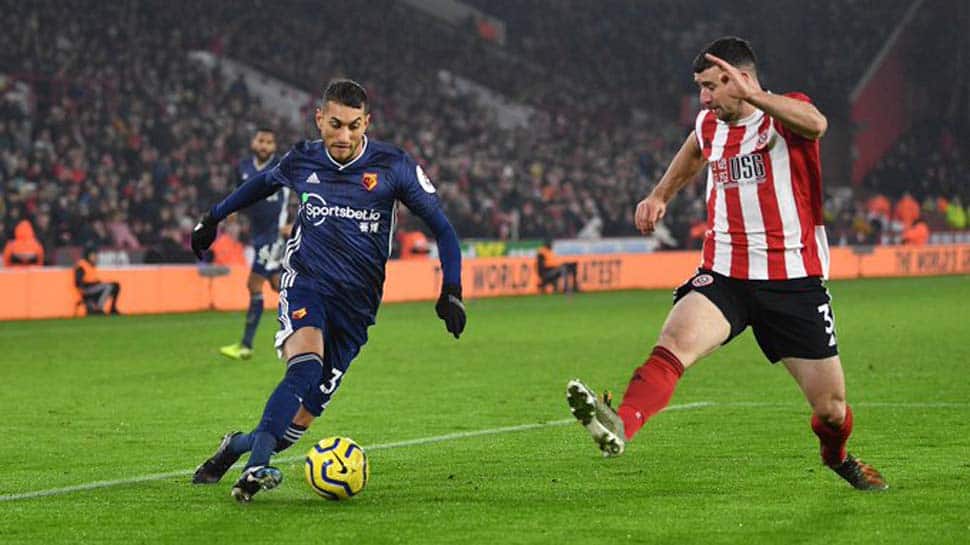 Watford moved off the bottom of the Premier League after a spirited performance earned them a 1-1 draw at Sheffield United on Thursday after the kickoff was delayed for 10 minutes over what the home side called operational issues.

The visitors took a 27th-minute lead through Gerard Deulofeu against the run of play before Oliver Norwood levelled with a 36th-minute penalty after Will Hughes tripped George Baldock.

"He is completely different to what we`ve had before," Foster told the BBC.

"It is exactly what we needed. He is manager of the complete club, not just a head coach, he keeps everyone on their toes and that is what you need in the dogfight."

Pearson, who oversaw a 2-0 home win over Manchester United on Sunday after taking over from Quique Sanchez Flores on Dec 6, was confident Watford could avoid relegation.

"We still have enough time and games to affect our own season and it is as simple as that in my view," he said.

"It is a good point for us. We would prefer to have wins but I think it is important we turn into the new year with some hope we can fight for results even when we are not at our best."

The draw in an entertaining clash at Bramall Lane left Watford 19th on 13 points halfway through the campaign, one ahead of bottom team Norwich City, while Sheffield United slipped one place down to sixth on 29 points.

Oliver McBurnie twice went close for the home side in the opening exchanges before Deulofeu struck from out of the blue, as he raced clear from a Nathaniel Chalobah flick-on and scored with a neat finish from 12 metres.

Norwood levelled when he drove his spot-kick low past Watford keeper Ben Foster, who kept his side afloat with a superb 64th-minute reflex save to deny John Fleck from close range.

Foster then palmed away an Enda Stevens scorcher before the visitors came agonisingly close to snatching a late winner, with Deulofeu curling a free kick inches wide of Dean Henderson`s left-hand post.