Premier League: Depleted Newcastle hang on for 1-1 draw at Wolves

Newcastle made a superb start and took a seventh-minute lead through Miguel Almiron but the lead was short-lived as Leander Dendoncker levelled for the hosts. 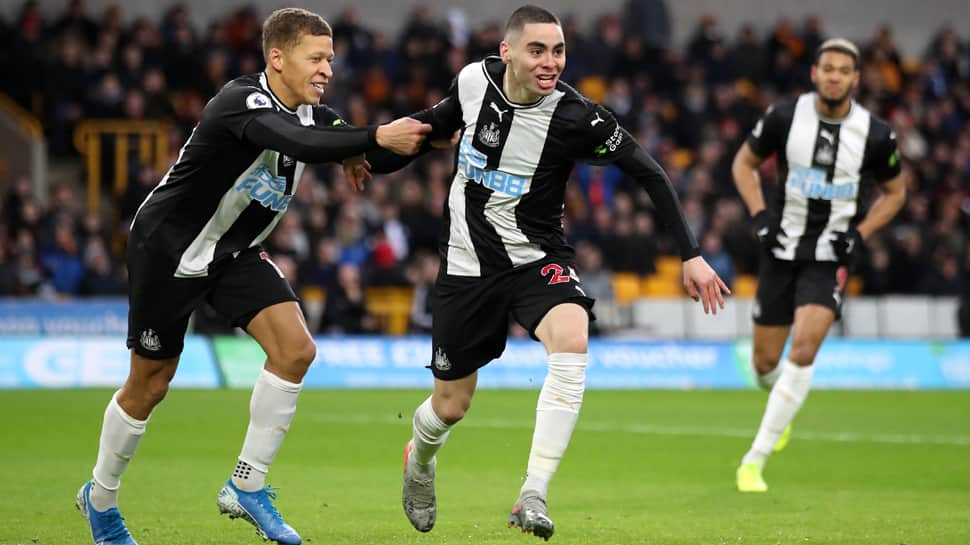 Wolverhampton Wanderers were held to a 1-1 draw at home by injury-hit Newcastle United as the visitors ended a three-game Premier League losing run to earn a gritty point on Saturday.

Newcastle made a superb start and took a seventh-minute lead through Miguel Almiron but the lead was short-lived as Leander Dendoncker levelled for the hosts.

With Paul Dummett and Dwight Gayle forced off in the first half, adding to Newcastle`s long injury list, Steve Bruce`s side dug deep to claim a precious away point.

Goalkeeper Martin Dubravka typified the visitors` resolve with some fine saves to frustrate an off-key Wolves side who are chasing a spot among the European qualifying places.

Seven of the nine Premier League meetings between the teams have now ended in draws.

Wolves climbed one place to seventh with 31 points from 22 games, while Newcastle are in 13th place with 26 points, six points above the relegation zone.

"(Striker) Joelinton`s got a bit of a groin problem. He managed to stay on the pitch to give us a little bit of a chance," said Bruce, whose absentee list reaches into double figures. "I`ve never known anything like it in 40 years.

"Whether it`s bad luck or we have to go a little deeper to look at it, we need to find out. Fair play to the players, they rolled their sleeves up and deserved a point."

Gayle was involved in Newcastle`s opener as he combined with Jetro Willems before Almiron smashed the ball high into the net.

But Wolves levelled in the 14th minute when Belgian international Dendoncker was left completely unmarked to steer in Joao Moutinho`s corner.

Dubravka made a great close-range save to keep out Raul Jimenez`s header as Wolves asserted their authority before halftime and the Slovak continued to impress.

Wolves huffed and puffed trying to find an opening after the break, often without any success, but when they did create chances Dubravka was on hand to save his side. As Newcastle hung on, the keeper did superbly to parry Pedro Neto`s header.

"We didn`t move the ball fast enough. Fast circulation of the ball allows you to open spaces, but that was one of the issues today. The Newcastle goalkeeper had a very good game. We didn`t produce many, but we had clear, clear chances."