Liverpool will look to continue their run of 28 games without defeat in the Premier League when they host reigning champions Manchester City next weekend. 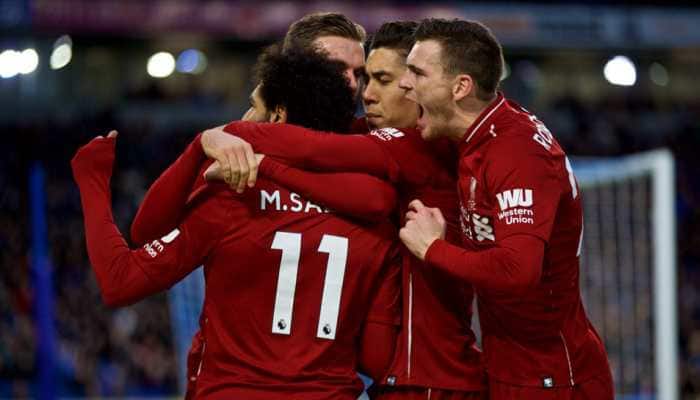 The Senegalese striker on Saturday headed in at the near post from a corner kick in the extra time to send the traveling support and the Liverpool bench into rapturous celebrations.

Earlier, it had been a largely frustrating evening for the league leaders, who fell behind in the 21st minute as Mahmoud Hassan scored for Villa, reports Efe news.

Liverpool soon had what would have been an equalizing goal ruled out for offside, but only after a lengthy VAR consultation.

Villa looked threatening on the counter-attack throughout the first half, often capitalizing on sloppy passing from the visitors.

The second half was a much more one-sided affair as Villa struggled to get out of their half in the face of an increasingly fierce Liverpool onslaught.

After an ineffective performance, Jurgen Klopp took off talisman Mohamed Salah in favor of Alex Oxlade-Chamberlain and also inserted striker Divock Origi, the scorer of some of Liverpool's most important goals, but the Belgian was unable to find the net.

Last season's runners up and reigning European champions were relentless in their search for an equalizer, and their pressure eventually led to a breakthrough in the 87th minute when Mane's deep cross was headed in at the back post by left back Andy Robertson.

But Liverpool were not satisfied with the draw and pressed on in search of a winner, which duly arrived with under two minutes left in stoppage time.

"Today was not our best performance but we deserved the three points," match-winner Mane said after the contest.

Liverpool will look to continue their run of 28 games without defeat in the Premier League when they host reigning champions Manchester City next weekend.