Neymar joined PSG two years back, but the player has been widely linked with an exit from the club. 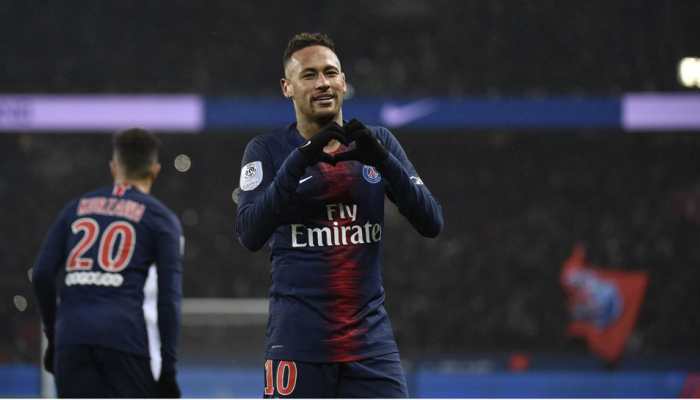 Amidst speculations regarding future of star Brazilian footballer Neymar at France`s football club Paris Saint-Germain (PSG), fans of the side displayed banners asking the player to leave.

The footballer did not take part in the team`s match against Nimes, but the fans in the stadium displayed banners like `Get out of the club` and even hurled abuses, Goal.com reported.

Neymar joined PSG two years back, but the player has been widely linked with an exit from the club.

His former club Barcelona have emerged as the top contender to avail Neymar`s services.

The 27-year-old also had to face the wrath of the fans as he had failed to turn up for training following his injury, that ruled him out of the Copa America.

Neymar, as a result, was not included in the PSG`s lineup for the match against Nimes.The striker has made 58 appearances for the club till now, in which he has managed to register 51 goals.

During 2018 and 2019, Neymar was bogged down by injury and his campaign at Champions League was curtailed.