The French league champions finally secure a spot in the Champions League quarterfinals for the first time since 2016, as they were knocked out in the round of 16 stage for three consecutive years. 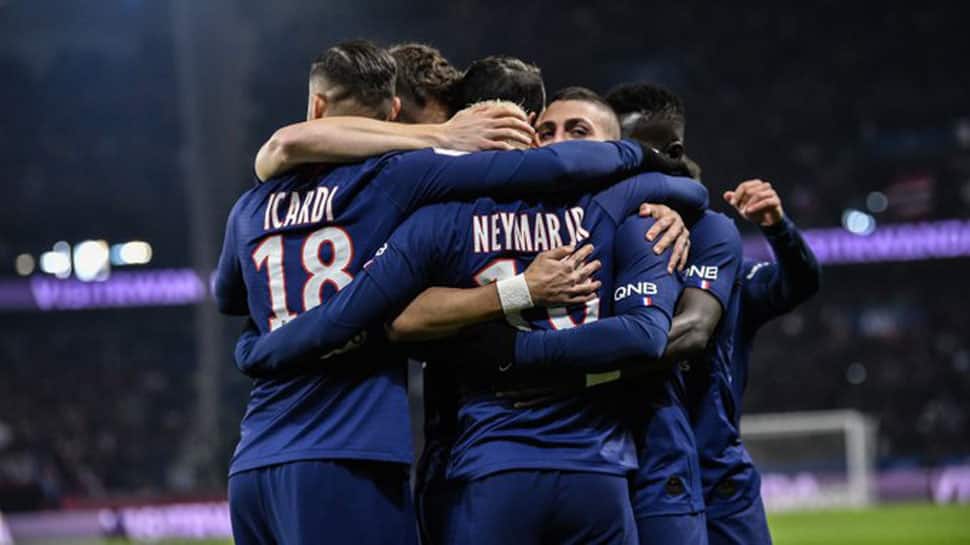 Paris: With the fans shouting, cheering and singing outside the empty Parc des Princes, Paris Saint-Germain overturned a 2-1 down in the first leg and beat the German rivals Dortmund 2-0 to reach the Champions League quarterfinals.

On Wednesday, Brazilian star Neymar headed in Angel Di Maria's corner in the 28th minute to put PSG in front, before defender Juan Bernat doubled their lead in the stoppage time of the first half, reports Xinhua news agency.

"We played like a team, reliable and together. We needed to show that," said PSG head coach Thomas Tuchel.

The game was played behind closed doors due to the coronavirus outbreak. But it couldn't stop thousands of PSG fans from gathering outside the stadium to show their support for the team.

"It was a good atmosphere in the bus when we arrived, with all the ultras (outside)," Tuchel said about the supporters. "We were singing together in the bus. I wanted us to play with exactly this kind of energy."

PSG's French international Kylian Mbappe has picked up a throat infection and a fever recently and was only fit to be named as a substitute. The 21-year-old has even undergone a COVID-19 test on Tuesday but luckily the result showed negative.

The French league champions finally secure a spot in the Champions League quarterfinals for the first time since 2016, as they were knocked out in the round of 16 stage for three consecutive years, losing to Barcelona, Real Madrid, and Manchester United respectively.

Dortmund's midfielder Emre Can was sent off before the final whistle for shoving Neymar over, which then let to pushing and shoving from both sides.

Neymar was also shown a yellow card as well as Di Maria, who has already been replaced by Layvin Kurzawa in the 79th minute and was off the game.