On the eve of the Asian Cup final between Qatar and Japan, the United Arab Emirates had formally questioned the eligibility of Almoez Ali 22, and Iraqi-born defender Bassam Al Rawi, 21. 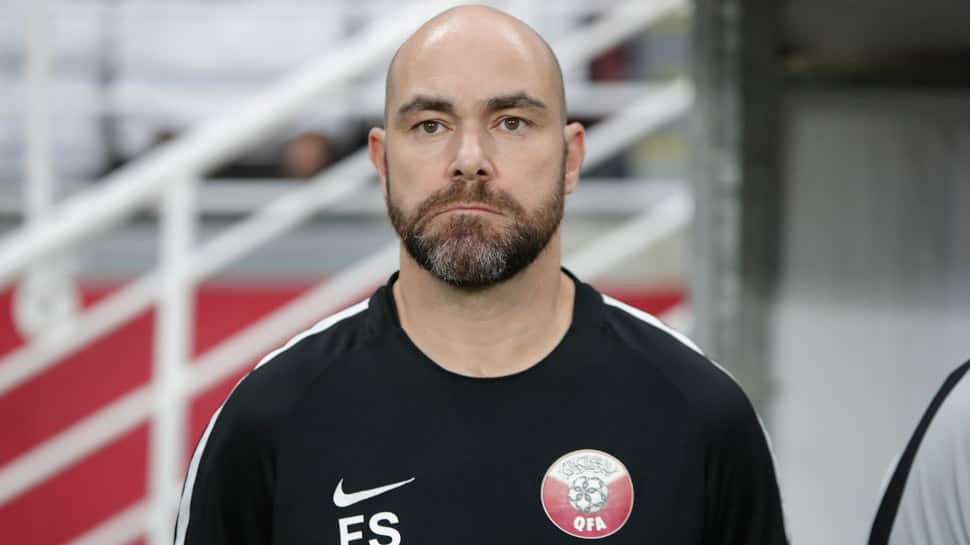 Qatar coach Felix Sanchez said that his team would not be distracted from the "most important match in the country's football history" by a protest over the eligibility of two of their best players at the Asian Cup.

It was reported on the eve of the Asian Cup final between Qatar and Japan, that the United Arab Emirates had formally questioned the eligibility of Almoez Ali 22, and Iraqi-born defender Bassam Al Rawi, 21.

Sudan-born striker Ali scored his record-equalling eighth goal of the tournament when Qatar humiliated the hosts UAE 4-0 in the semi-finals, while Al Rawi was suspended for that match but expected to return in the final.

The governing Asian Football Confederation (AFC) confirmed that a protest had been received from the UAEFA regarding two players and that it would be "reviewed in line with the AFC Regulations."

Spaniard Sanchez, however, said that his squad were concentrating exclusively on preparing for Friday's match at Zayed Sports City Stadium.

"We are only focused on the game we're going to play tomorrow, any other things not related to football is not in our minds at the moment. I'm not concerned at all," he said.

Adding when asked whether the protest might act as motivation for his players, he quoted, "My players need no more motivation than to play an Asian Cup final."

FIFA requirements mandate, that a player switching national teams, must either qualify through their parents or grandparents or have resided in a country for five years after their 18th birthday.

There was no immediate response to a request for comment from either the UAE or the Qatar FA.

The protest comes against a background of a political and economic boycott of Qatar which the UAE launched with Saudi Arabia, Bahrain and Egypt in 2017.

The four countries accuse Qatar of supporting terrorism, which it denies.

The political rift was manifested in Abu Dhabi, when Emirati fans hurled sandals and drinks bottles at Ali and two other players celebrating their goals during the semi-final.

The rift also means that almost no Qatari fans or media have been in the UAE to support and report on their run to a first continental final.

Sanchez said beating four-times champions Japan on Friday would be the biggest achievement in the game for the host nation of the 2022 World Cup.

"This is most important game in Qatar's football history," he said.

He added, "The players are confident and looking forward to the game but have a lot of respect for our opponents, who have a fantastic squad and have played a great tournament."