Just a year after joining Porto from Brazilian side Sao Paulo, Militao became a cornerstone of Porto`s defence. 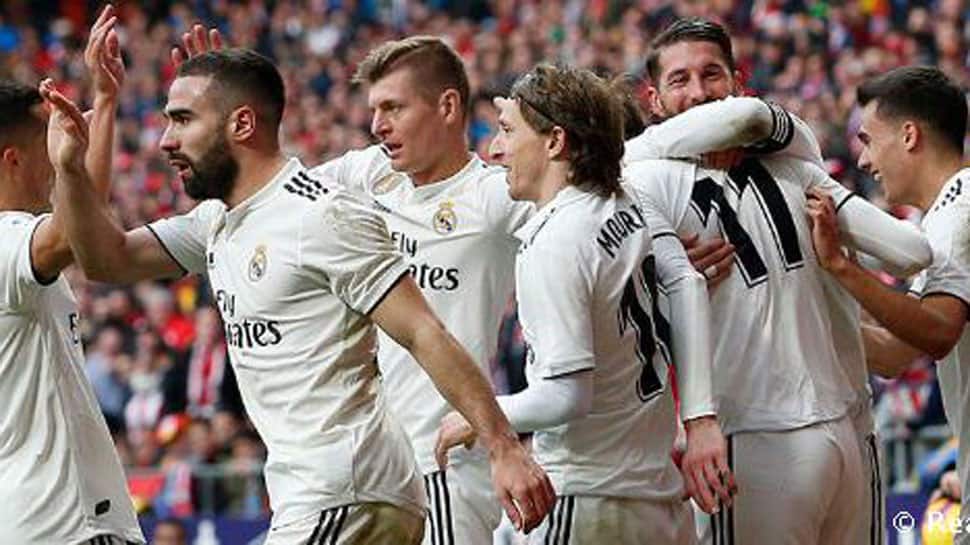 Real Madrid have announced the signing of Brazil defender Eder Militao on transfer from Porto for the next six seasons.

At just 21 years of age, Militao, who has already made his debut with the Brazilian first team in the 5-0 friendly win over Salvador on September 11, 2017, is one of the most promising central defenders to arrive in Europe in a generation, reports Efe news.

"Real Madrid C. F. and FC Porto have agreed the transfer of Eder Militmo and the player will sign on a six-year contract running until the 30th of June 2025," the Spanish club said in a statement on Thursday.

Although the capital side did not reveal any financial details, Porto, the Portuguese first tier defending champion, said in a statement that Madrid paid 50 million euros ($56.53 million), the amount of the buyout clause included in the player`s contract.

Just a year after joining Porto from Brazilian side Sao Paulo, Militao has become a cornerstone of Porto`s defence.

Under Portuguese coach Sergio Conceicao, Militao has played a total of 34 matches during the current season and scored three times.

Militao, who made his debut as a professional in 2017, can play both as a central defender and as right back.

The player, who was named the best defender in the Portuguese first tier, Primeira Liga, for five consecutive months, is set to join Madrid by the end of the current season.

Militao became the first signing in the second coaching tenure of French coach Zinedine Zidane who was rehired on Monday as the capital club`s manager.

Zidane took the helm 278 days after his departure from Madrid at the end of last season, during which the famed Frenchman guided the capital club to its record third consecutive UEFA Champions League title, to bring Madrid`s tally of Europe`s elite club tournament titles to 13, the most of any team in CL history.

With Madrid having already been knocked out this season of the Copa del Rey and Champions League under former coach Santiago Solari, Zidane aims to end this season on as high note as possible in La Liga and build a competitive team for the upcoming season.

One player who is reportedly on Madrid`s radar of new acquisitions is Chelsea and Belgium forward Eden Hazard, but the deal could be more difficult than usual, since FIFA handed the Premier League club a two-window transfer ban over breaches of the FIFA rules related to contracting minor under 18 years players.

Madrid also is reportedly interested in bringing to the land of the castle and lion, the Paris Saint Germain attacking duo of Kylian Mbappe -- who was part of the France national squad that won the 2018 FIFA World Cup -- and Brazil star Neymar.

Nervous Inter Milan got it wrong from the start: Luciano Spalletti