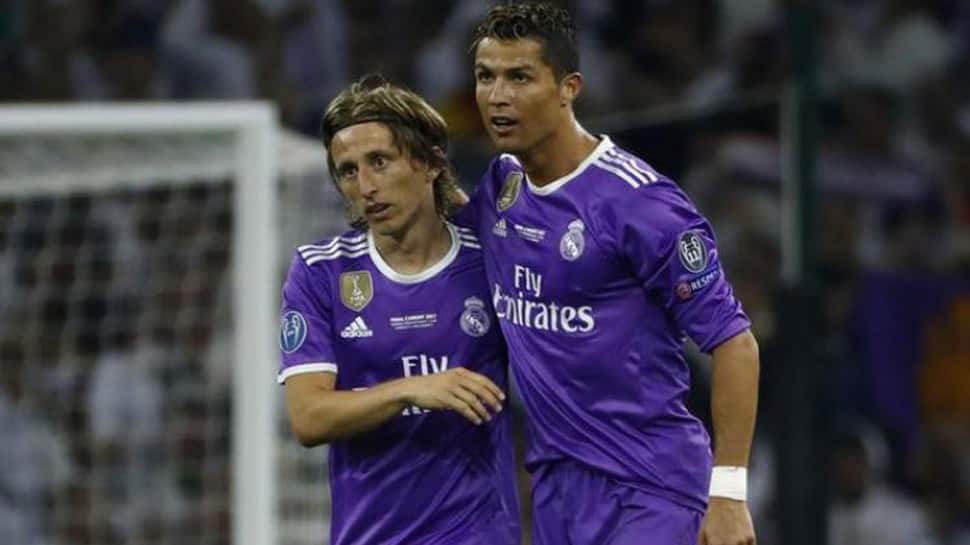 Real Madrid's forwards have failed to fill the gap left by Cristiano Ronaldo, according to midfielder Luka Modric.

The Croatian, speaking ahead of Real's Champions League last-16 second-leg clash with Ajax on Wednesday, said his team lacked consistency and goals this season.

Madrid failed to score in two Clasicos against Barcelona last week, being eliminated from the Copa del Rey and falling 12 points behind the Catalan league leaders, leaving retaining the Champions League as their only hope of glory.

"The absence of Cristiano is something every team would feel, to find a replacement for Cristiano is almost impossible. Given what he did for us and this club, we miss Cristiano. The club wanted the other players to make up for what he did, divided between the strikers and that is not easy," Modric told reporters.

"Cristiano scored 50 goals and you can't find someone today who scores that many. Some of us have to take a step forward and while not scoring 50, what we need is two or three players who score 15, 20, or 10 goals and we don't have that. That is our biggest problem this year. For example against Barca in the cup we had many chances and when you don't take advantage your opponent punishes you," he said.

"The club tried and it seems good, putting faith in other players like Gareth (Bale), (Marco) Asensio, Karim (Benzema), they brought in Mariano, Vinicius is here. (Vinicius) is doing very well for the age he is but sometimes things don't go how we wanted them to," Modric added.

Vinicius Junior has been Madrid's driving force over the past few weeks, but the 18-year-old has scored only three goals this season.

Club record signing Bale has 13 goals from 33 appearances in all competitions, while top scorer Benzema has netted 20 from 42.

Madrid hold a 2-1 lead over Ajax from the first leg and coach Santiago Solari hopes the team can be more accurate in front of goal, as they bid to seal their progress to the quarter-finals.

"Cristiano is living history at the club and all he's done for the club is shown in the trophy cabinets, we have maximum respect for him," said the coach.

"Those of us who are here are working the best we can, to attack better, to score more goals, to do our job. It's true we've had a lot of chances in recent games and we have to finish them," he added.