Ramos received a yellow card for a foul on Kasper Dolberg late in his side`s 2-1 win at Ajax Amsterdam in their Champions League last-16, first-leg match. 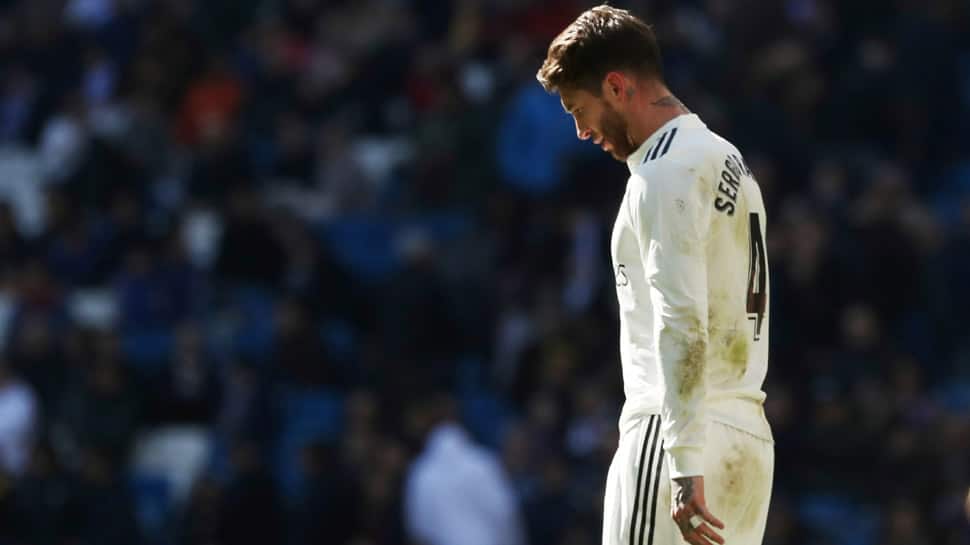 Real Madrid captain Sergio Ramos has been hit with a two-game European suspension for "clearly receiving a yellow card on purpose", European soccer body UEFA has said in a statement.

Ramos received a yellow card for a foul on Kasper Dolberg late in his side`s 2-1 win at Ajax Amsterdam in their Champions League last-16, first-leg match.

As a result of the booking, the 32-year-old was suspended from next Wednesday`s second leg.

This, however, reduced his chances of possibly missing a more important match later in the competition, as all bookings are wiped from the quarter-final stage.

In a television interview after the game, Ramos said, "Looking at the result I would be lying if I said it wasn`t intentional."

The defender later issued statements clarifying that he meant to say that he had committed the foul on purpose but had not intended to get booked.

UEFA`s ruling means Ramos will be suspended from the second leg against Ajax next week at the Santiago Bernabeu and banned from playing in the first leg of a quarter-final tie should the European champions progress to the last eight.