The Hammers, who had 70 percent possession, brought on Marko Arnautovic for a below-par Felipe Anderson at the interval as Manuel Pellegrini looked to add some life to his attack. 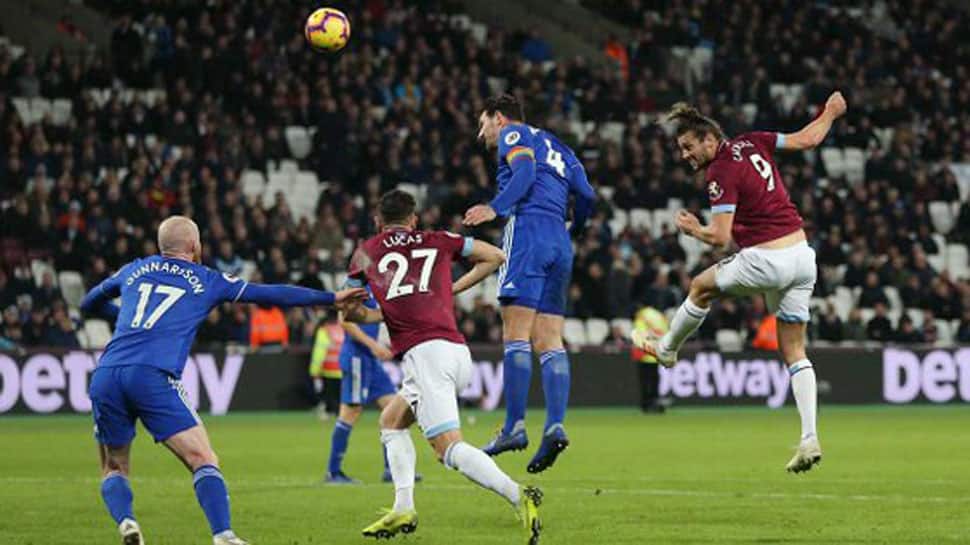 Cardiff got off to a flying start, taking the lead in the fourth minute when Spaniard Victor Camarasa broke from midfield and fed Joseph Murphy whose low cross from the right was turned in at the near post by Junior Hoilett.

Neil Warnock`s side, who have just Fulham and Huddersfield below them, had plenty of opportunities to extend their lead in the first half against an out-of-sorts West Ham but went in at the break with just a single goal advantage.

The Hammers, who had 70 percent possession, brought on Marko Arnautovic for a below-par Felipe Anderson at the interval as Manuel Pellegrini looked to add some life to his attack.

But seven minutes after the restart the decisive second came when Hoilett got past Ryan Fredericks and his cross was headed back across goal by Josh Murphy for Camarasa to score the goal from close range.

All West Ham had to show for their possession was a long range effort from midfielder Declan Rice which struck the Cardiff post.

The defeat was the fifth in the last six away games for West Ham who sit in ninth place.

"We didn`t start well and the crowd were up for it. We knew it would be tough and it certainly was today," he added.

Cardiff, in 18th spot, move to 28 points while Burnley, on 30 points, face Liverpool at Anfield on Sunday.

Midfielder Harry Arter said the team`s work-rate and spirit had driven them to victory.

"We outworked them and we had a lot of quality on the ball. We raised our level of performance today. We put things right on the pitch after a hard week in training," he said.

"Everything we`ve done this season has been fighting until the end until the last three games. It`s always been a united dressing room. There`s been no rift in this squad."