Ruidas was signed by Indian Super League franchise Mumbai City FC at its players draft but East Bengal have claimed that the footballer still had a contract of two more seasons. 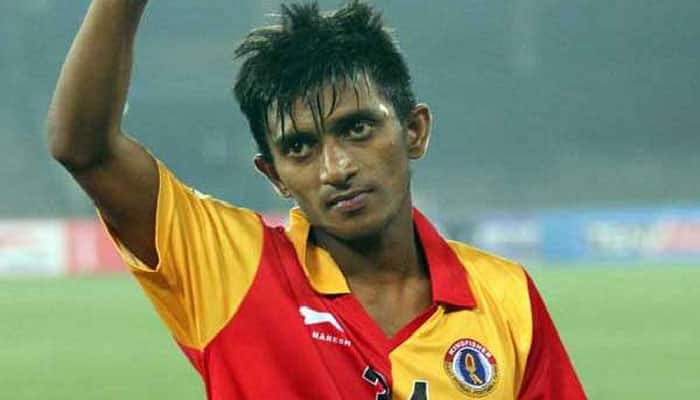 Kolkata: Embroiled in a contract row with East Bengal, promising winger Abinash Ruidas on Thursday got a big boost with the All India Football Federation directing the Bengal state body not to proceed further with the matter as it would be "beyond their authority".

In a strongly-worded mail to the Indian Football Association secretary Utpal Ganguli, AIFF secretary Kushal Das has asked the state body to forward all papers and documents so as to enable it adjudicate the matter in accordance with law, as expeditiously as possible.

"It's beyond the authority of the IFA to determine the status of Mr Abinash Ruidas, particularly when the subject dispute is not within the parameters of 'local transfer' of IFA," Das wrote, mentioning about Article 3 and 38 of AIFF regulation that directs that any dispute related to a players status and/or dispute between clubs and players shall be referred to the AIFF.

"Any decision making process in the instant subject issue by standing players status sub committee of IFA would be erroneous and unsustainable, apart from the same being in breach of the covenants undertaken by IFA as an affiliated state member of the AIFF," Das wrote in the letter.

"In the premises, you are hereby requested not to proceed any further with determining or adjudicating the disputed issue of status, as above, having far reaching consequences and forward all papers and documents forthwith to AIFF so as to enable the AIFF to adjudicate the same in accordance with law, as expeditiously as possible."

The development happened after the winger hired a Mumbai-based law firm and sought AIFF's intervention and also wrote to the IFA.

IFA secretary Ganguli confirmed of receiving both the letters -- from the AIFF and the law firm Krida Legal.

"We will study both the letters and reply tomorrow," Ganguli told PTI.

The IFA had earlier in the day said Ruidas would have to play for East Bengal and referred the case to its disciplinary committee.

In a missive to the IFA Players status sub-committee, Vidushpat Singhania of Krida Legal had requested the state body IFA to dismiss the present case for "want of jurisdiction" and refer the present dispute to AIFF which is the "proper forum".

Ganguli, however, dismissed the letter and said: "We are not taking that into consideration."

Ruidas was signed by Indian Super League franchise Mumbai City FC at its players draft but East Bengal have claimed that the footballer still had a contract of two more seasons.

Ruidas claimed that he never signed for East Bengal for 2017-18 and they have "forged" his signature.

Writing on behalf of Ruidas, Singhania, Nitin Mittal and Gautam Karhadkar have mentioned that the IFA players status sub-committee does not possess the requisite jurisdiction to deal with the present dispute.

"IFA is a member of the AIF and bound by the statutes, regulations, directives and decisions of AIFF, AFC and FIFA," the letter stated.

It also mentioned the Article 14 of the AIFF Constitution 2017 and said: "IFA is required to submit all players contract issues to the exclusive jurisdiction of the AIFF..."

"Therefore it's abundantly clear that IFA is subject to the rules, regulation and jurisdiction of AIFF and is bound to abide by them."