After playing 148 matches in a row and staying on the pitch for the full 90 minutes in each, the 30-year-old's run ended when he was given a second yellow card for a foul on Jose Callejon in the 70th minute. 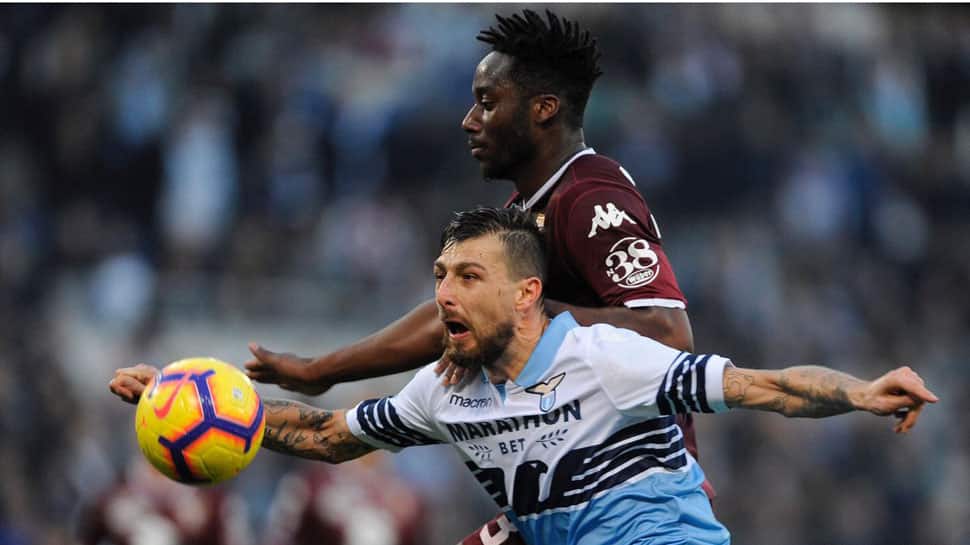 Napoli scored twice before halftime and hit the woodwork three times in Sunday's 2-1 Serie A win over Lazio, who had defender Francesco Acerbi sent off to end his remarkable run of 149 consecutive matches.

The win, their 15th in 20 league games this season, left second-placed Napoli six points behind leaders Juventus who host bottom club Chievo on Monday while Lazio dropped out of the Champions League places.

Acerbi had been ever-present since October 2015 in all competitions, firstly for Sassuolo and then for Lazio following his move at the start of this season.

After playing 148 matches in a row - staying on the pitch for the full 90 minutes in each - the 30-year-old's run ended when he was given a second yellow card for a foul on Jose Callejon in the 70th minute.

As a result, he will be suspended for the next game at home to Juventus.

Lazio coach Simone Inzaghi argued, however, that Acerbi should not have been dismissed.

"I'm sorry because we were back to 2-1 and there were 25 minutes left. Acerbi clearly took the ball, then maybe even the opponent. They are the sort of episodes which have gone against us recently," he said.

Arkadiusz Milik volleyed against the post and then saw a header pushed onto the woodwork by Thomas Strakosha before Jose Callejon fired the hosts ahead with his first goal of the season in the 34th minute.

Fabian Ruiz smacked a left-foot shot against the top of the upright early in the second half but Ciro Immobile reduced the arrears in the 65th minute with a shot through the legs of defender Raul Albiol.

Despite having Francesco Acerbi sent off for a second yellow card shortly afterwards, Lazio did enough to make Napoli's life uncomfortable towards the end and the final whistle was greeted with huge relief by the San Paolo crowd.

Napoli, with 47 points, opened up a seven-point gap between themselves and third-placed Inter while AS Roma's 3-2 win over Torino on Saturday took them fourth, the last of the Champions League places, with 33.

Lazio are a further point behind in fifth.

"We had some difficult moments and could have dealt better with some of them and there were some naive errors, but overall there was a lot of quality," said Napoli coach Carlo Ancelotti.