The club have placed director of football Joaquin Caparros in charge until the end of the season. 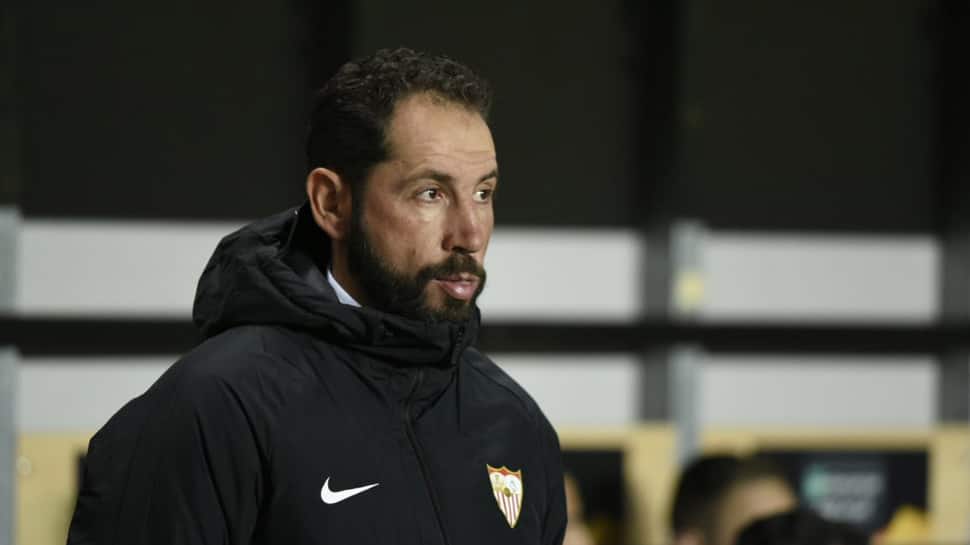 Sevilla have sacked coach Pablo Machin, the La Liga side said on Friday, the day after the team were knocked out of the Europa League by Slavia Prague.

The club have placed director of football Joaquin Caparros in charge until the end of the season.

Machin, who was hired last June on the back of his steady success with Girona, got off to a flying start with the Andalusian side and took them to the top of the table in November.

But results have declined in 2019, not helped by a congested fixture list which has seen them play 50 games in all competitions, due to them having to play six Europa League qualifiers at the start of the campaign.

"Sevilla FC have made the decision this Friday to part company with first team coach, Pablo Machin following a string of poor results in past weeks," the club said in a statement on their website.

Sevilla, who have one of the best home records in La Liga but have failed to win away from home since September, are sixth in the standings on 40 points, five behind fourth-placed Getafe who occupy the final Champions League spot.

They were beaten 4-3 by Slavia Prague after extra time on Thursday for a 6-5 aggregate defeat, conceding the decisive goal in the 119th minute of play.

Sevilla exited the Copa del Rey at the quarter-final stage, being thrashed 6-3 on aggregate by Barcelona despite winning the first leg 2-0.