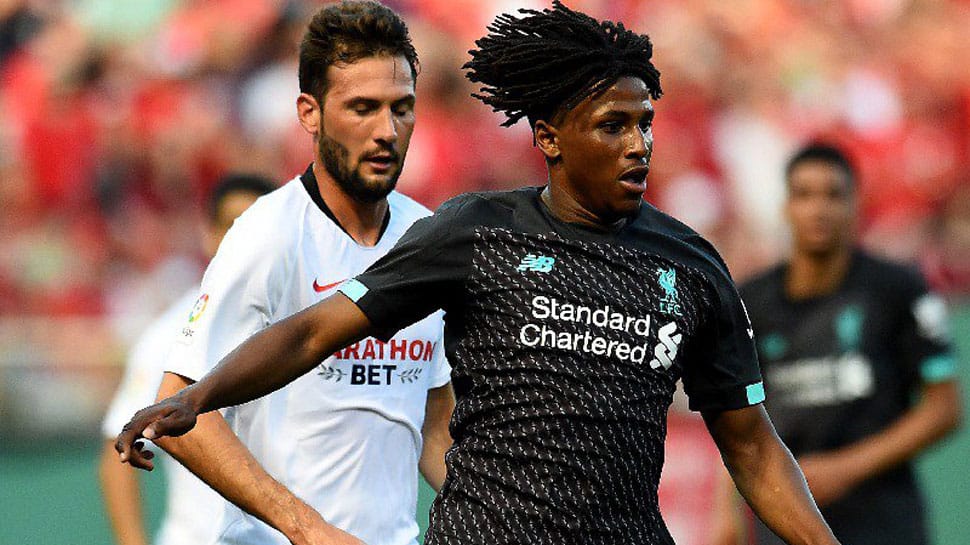 Sevilla`s Joris Gnagnon has apologised for his "heinous" tackle on Liverpool youngster Yasser Larouci which led to the Sevilla defender being sent off during a pre-season friendly in Boston.

"I would like to publicly apologise towards Liverpool, the family of the player and its supporters," Gnagnon posted on Twitter. "It was a heinous act on my part. Whatever the reason, it`s not what should be seen on a football pitch. All my prayers are with the player and his family."

Liverpool manager Jurgen Klopp was watching his words in post-match interviews but confirmed Larouci was "lucky" to have avoided a serious injury.

"It is much too early in the season to create headlines by saying the things I think about the situation," the German manager told reporters. "Of course, how it always is with these things, we have to wait a little bit."

"He hit him full throttle and, in that moment, (if it was) a little bit different position where he hit him, then it`s done. He rolls...he is a sports boy so that was OK, nothing happened there."

Sevilla boss Julen Lopetegui spoke to Klopp after the match to check on Larouci and admitted Gnagnon knew he made a mistake.

"I was worried about the player, but I asked Jurgen and he said he`s OK," the former Real Madrid manager said.

"Gnagnon was very worried. He knows it was a bad tackle, a bad decision. The most important thing is for Larouci to be OK."