South Africa became third-time champions of the Rugby World Cup with a 32-12 win over England in the final on Saturday. 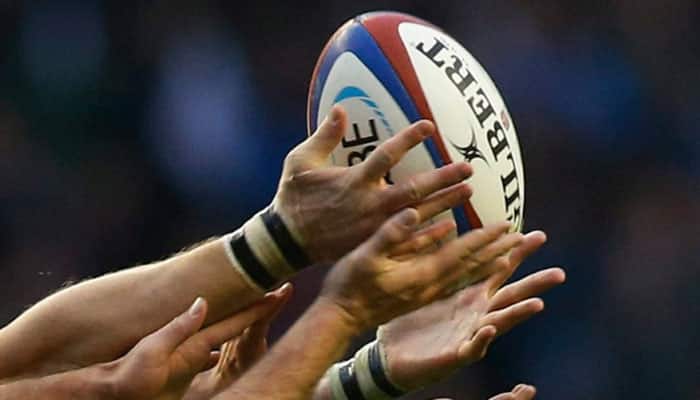 Yokohama: South Africa became third-time champions of the Rugby World Cup with a 32-12 win over England in the final on Saturday.

South Africa now equals New Zealand in the number of world cups won, although the Springboks did not play in the first two championships because the country was excluded over its apartheid policy.

The match was played at the Yokohama International Stadium, south of Tokyo, in front of 71,103 spectators, including South African President Cyril Ramaphosa and the United Kingdom's Prince Harry.

The initial part of the match was determined by a series of penalties.

Shortly after starting the game England suffered its first casualty when Kyle Sinckler hit his head as he fell into a tackle, which caused the team to lose a key player.

He spent several minutes on the ground but was able to walk off the pitch for head injury examination and was replaced by Dan Cole.

The scoreboard was slow to move, and it was not until the 10th minute that the first points were won by Handre Pollard with a penalty kick.

England's first points also came from a penalty that was scored by Owen Farrell in the 23rd minute, which left the score at 3-3.

Shortly after, Pollard converted another penalty for South Africa.

England came close to scoring a try in the 33rd minute, fighting a few meters from the final line, but were repelled by the Springboks' tight defence and ending with another penalty by Farrell.

South Africa got six more points from penalties in the first half.

The second half began with another penalty for South Africa, which left a difference of nine points in favour of the Springboks.

And then it was England's turn again, with Farrell adding three more points with a new penalty.

Then it was South Africa's turn again, with another penalty scored by Pollard.

Then in the 59th minute there were three more points for England from Farrell, bringing the total to six penalties scored by South Africa and four for England.

The first try of the game was scored by South Africa in the 66th minute with a run up the left side by Makazole Mapimpi.

This put the score at 12-25 to South Africa, with a difference of 13 points over England, ten minutes from the end. In the 74th minute, the Springboks surprised England again with a second try by Chelsin Kolbe, leaving a difference too large for England to recover.

The English side was unable to make any dangerous play in the final minutes, with disoriented players and South Africans pushing further and further.

The final score was 12-32 amid silence from the many English fans who had travelled to Yokohama for the final. They shared the stands with isolated groups of South Africans and many Japanese.