Chhetri who has been a vital contributor for India in international clashes, currently trails Portuguese superstar Cristiano Ronaldo who has scored 85 goals. 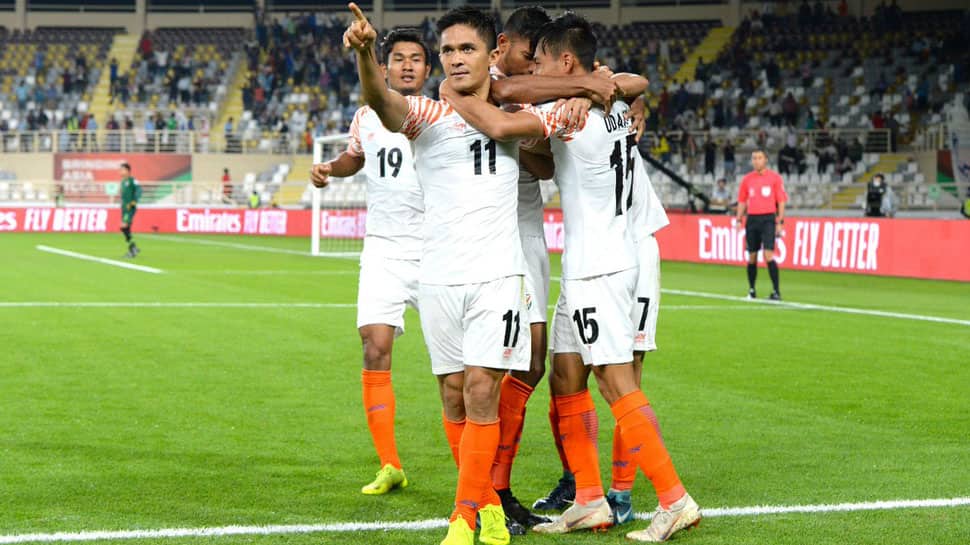 Indian striker Sunil Chhetri on Sunday became the second highest international goal-scorer amongst those currently playing the game, surpassing none other than Argentine superstar Lionel Messi following his 66th strike during the opening clash of the AFC Asian Cup against Thailand.

Chhetri, who had 65 goals to his credit before the AFC Asian Cup clash, handed India a well-deserved lead in the 27th minute. The 34-year-old striker calmly converted a penalty which had been handed following a hand-ball by Thai defender Theerathon to reach the milestone.

Chhetri further scored a second goal minutes after the second half resumed to tilt the game in favour of India. Debutant Anirudh Thapa made his presence felt with an excellent chip in the 68th minute, before a clinical finish by substitute Jeje Lalpekhlua in the 80th minute virtually guaranteed a well-deserved 4-1 win.

India who recorded their first victory against Thailand since the Merdeka Cup of 1986, are currently placed on top of the Group A points table. They are further trailed by Bahrain and hosts United Arab Emirates (UAE), who played out a 1-1 stalemate in the tournament opener on Saturday.

Sunil Chhetri scores his 66th with India to overtake Lionel Messi becoming the active player with the 2nd most international goals  pic.twitter.com/4EaDP8IeqK

The striker also enjoys the unique distinction of being the second Indian to have featured in 100 international matches after Bhaichung Bhutia. However, the 34-year-old has refused to draw comparisons between him and footballing superstars like Ronaldo and Messi in the past, hailing them as "bigger stars".

"It's unfair to compare myself with Messi and Cristiano. I am a big fan of both. They are much bigger stars. I just want to score as many goals as possible for my country," said Chhetri.

AFC Asian Cup 2019 India vs Thailand: How the action unfolded