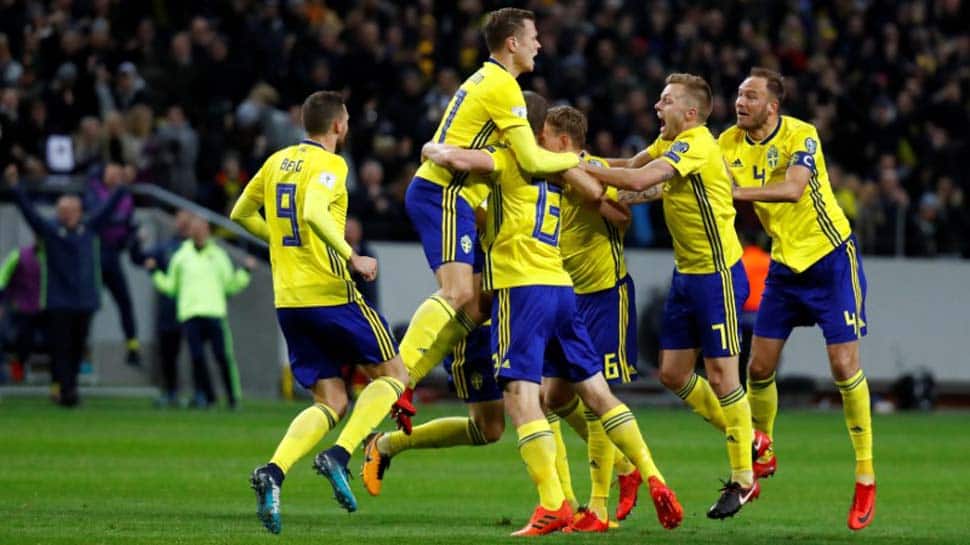 The result secured second spot in Group F for Sweden with 18 points. Spain, who sealed a place at the finals last month, top the standings with 23 points from nine games after thrashing Malta 7-0. Romania are third with 14 points.

Sweden coach Janne Andersson was moved to tears by his side`s performance, saying, "This is so fantastic, it can`t be true. What players I have. I am so incredibly happy and proud.

"I had tears in my eyes when there was two minutes to go. That we are going to the Euros is one thing, that the players did it together is fantastic, unbelievably fantastic."

Striker Berg, also speaking to Sweden`s TV4, added: "There was a lot of pressure today, there weren`t many that thought we could come here and beat them 2-0... I`m completely empty, it`s going to take a while before it sinks in."

Berg put the Swedes ahead in the 18th minute with a trademark header past goalkeeper Ciprian Tatarusanu following a cross from Emil Forsberg. It was his 21st international goal.

Midfielder Quaison wrapped up the points with a cool finish 16 minutes later, with Berg turning provider.

The visitors continued to dominate after the break with Albin Ekdal rattling the crossbar with a thundering shot midway through the second half.

Romania, lacking ideas and urgency, failed to create any clear-cut chances at the National Arena.

The match was halted for a couple of minutes late in the second half by the match referee after alleged racist chanting from the stands and a public announcement was made.