Rajevac`s assistant, Sirisak Yodyardthai, has been put in interim charge of Thailand, who are bottom of Group A and play Bahrain on Thursday. 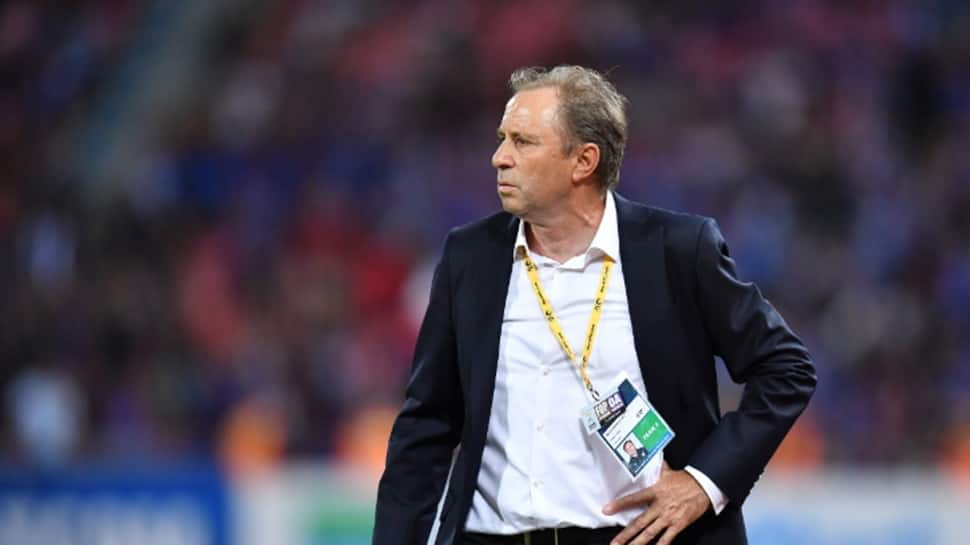 Thailand have sacked head coach Milovan Rajevac following their 1-4 drubbing at the hands of India in their opening game of the AFC Asian Cup, the country`s football association (FAT) said on Monday.

Serbian Rajevac, who was appointed as the coach of the Thailand men's football team in April 2017, was already under pressure going into the tournament after the side failed to defend their ASEAN Football Federation Championship title in December.

"I hereby announce the suspension of Milovan Rajevac`s contract as coach of Thailand`s national team," FAT President Somyot Poompanmoung said in a statement.

Rajevac`s assistant, Sirisak Yodyardthai, has been put in interim charge of Thailand, who are bottom of Group A and play Bahrain on Thursday.

The thrilling match also saw Indian skipper Sunil Chhetri becoming the second highest international goal-scorer amongst those currently playing the game, surpassing none other than Argentine superstar Lionel Messi following his 66th strike during the opening clash against Thailand.

Chhetri, who had 65 goals to his credit before the AFC Asian Cup clash, handed India a well-deserved lead in the 27th minute before he scored his second goal of the match minutes after the second half resumed to tilt the game in favour of India.

Debutant Anirudh Thapa made his presence felt with an excellent chip in the 68th minute, before a clinical finish by substitute Jeje Lalpekhlua in the 80th minute virtually guaranteed a well-deserved 4-1 win for India.

India are now played on top of Group A with three points ahead of Bahrain and hosts United Arab Emirates, who are tied on a point each after the opening match between them ended in a draw.