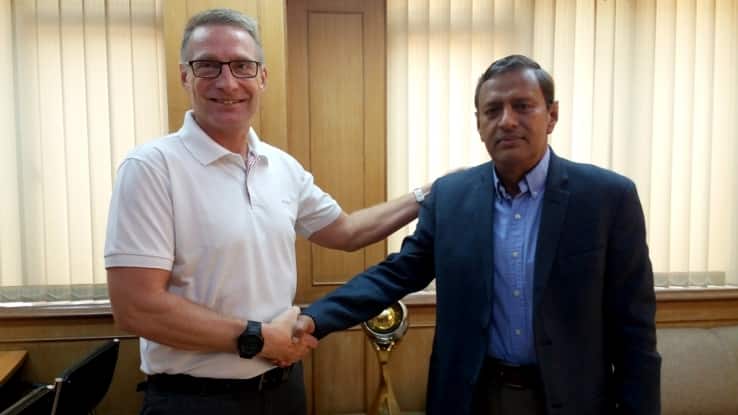 Former Swedish player Thomas Dennerby has been roped in as the new head coach of the Indian women's Under-17 team for the 2020 FIFA World Cup, the All India Football Federation (AIFF) has confirmed.

Reflecting on Dennerby's appointment, AIFF president Praful Patel said that he is confident that the Swedish coach will be able to implement the technicalities of modern-day football among the future generation of the Indian women's team.

“Thomas is the right candidate to coach the Women’s U-17 Team in the FIFA U-17 Women’s World Cup India 2020. I am confident that with his vast experience, he will be able to implement the technicalities of modern-day football among the future generation of the Indian women’s football team. I wish him good luck," the AIFF quoted Patel as saying.

Dennerby, on the other hand, thanked AIFF for giving him the responsibility of grooming the Indian women's team for the World Cup.

“It is a big challenge to be coaching the host of the FIFA U-17 Women’s World Cup India 2020. I am extremely humbled and grateful to the AIFF for giving me the responsibility to groom the team for the World Cup,” he stated.

“There are 12 months still left for the mega event and that with my experience of having coached in World Cups, Olympics, European Championships, I would be able to stitch them into a formidable team. The optimism and cooperation amongst all in the Federation makes me feel we will achieve it together,” he added.

60-year-old Dennerby has a rich experience of 30 years of coaching. He guided Sweden women’s national team to a third-place finish in the 2011 FIFA Women’s World Cup in Germany besides also helping the side to make a quarterfinal finish in the 2012 London Olympics.

He has also served as the coach of the Nigerian senior women's team in the FIFA Women’s World Cup France 2019 besides guiding them to the AWCON 2018 glory.