The 26-year-old was on loan from Bournemouth last season, before signing a permanent 20 million pound ($24.22 million) move in July, and faces his former employers at Villa Park on Saturday. 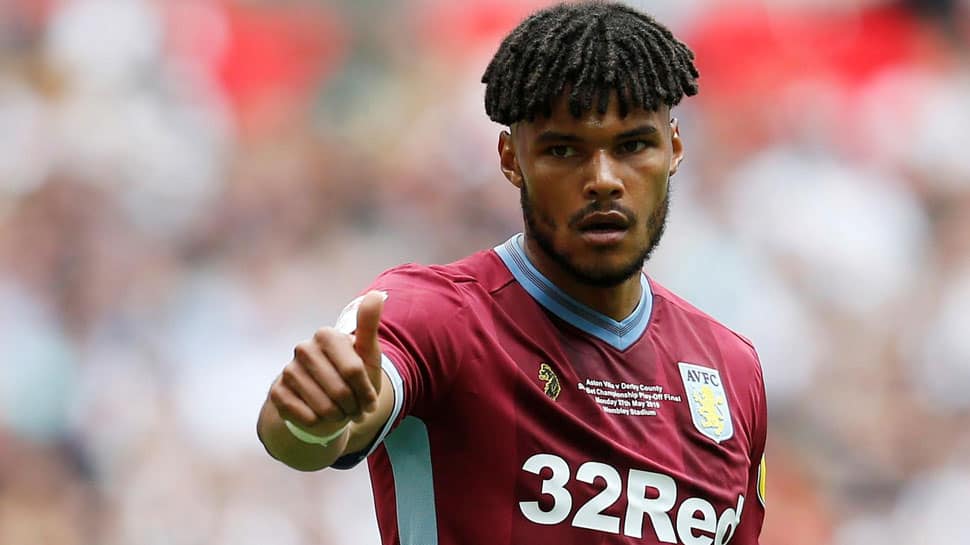 Aston Villa defender Tyrone Mings can put himself in the frame for an England call-up now that he`s set for regular games in the Premier League, manager Dean Smith said on Thursday.

The 26-year-old was on loan from Bournemouth last season, before signing a permanent 20 million pound ($24.22 million) move in July, and faces his former employers at Villa Park on Saturday.

"I don`t think we`re blessed with too many left-footed centre-backs in this country," Smith told reporters ahead of Villa`s first home league game since they returned to the top flight after a three-season absence.

"He catches the eye, certainly, with how he plays. He`s very good on the ball, he`s athletic, he`s good in the air as he showed last week."

"I think he`s a tremendous talent and the more games he gets, the more he will come into people`s minds and that will probably include the England coaching staff as well."

Villa lost their first game of the campaign to Tottenham Hotspur 3-1, with Mings providing the long ball for John McGinn`s ninth-minute opener.

Smith said other members of his squad should also see Villa`s Premier League status as a chance to catch the attention.

"The players know what an opportunity this season is for them, first performing for Aston Villa in the Premier League but then putting themselves in the shop window for the likes of international coaches to come and watch them," he said.

"We have got a number of internationals within the squad already, but the likes of Kortney Hause, Tyrone, Jack Grealish, people like that, it gives them the opportunity to showcase their talents."

Hause and striker Jonathan Kodjia are both sidelined with ankle injuries.

"Jon got injured early in the Tottenham match but managed to see the game out. He’s got a high ankle sprain so he’ll be about 10-12 days out," said Smith.