Defender Mats Hummels had to be on guard to deny Barcelona twice as he blocked a shot from Antoine Griezmann before intercepting a dangerous cross into the goal area by a header. 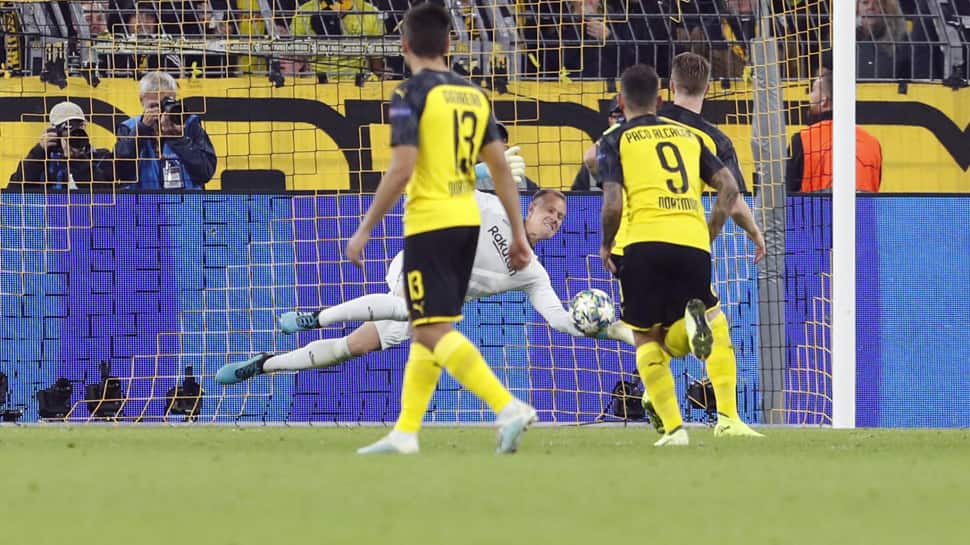 On Tuesday, the German international back-up goalkeeper denied Marco Reus a penalty and defused a number of chances, helping Barcelona to take one point back home, reports Xinhua news agency.

Dortmund took the reins on home soil from the kick-off but as the match progressed they handed over control to the visitors.

Defender Mats Hummels had to be on guard to deny Barcelona twice as he blocked a shot from Antoine Griezmann before intercepting a dangerous cross into the goal area by a header.

It were the hosts who created the best chance of the first half after Thorgan Hazard set up for Reus. Still, the hosts were unable to overcome ter Stegen from very close range with 25 minutes into the game.

Another good chance fell to the "BVB" in the closing period of the first half but Jadon Sancho pulled over the bar from the edge of the box following build-up work from Reus.

After the restart, Barcelona had a promising chance to stop Dortmund's momentum, but Roman Burki saved Luis Suarez' effort from a sharp angle in the 48th minute.

Dortmund assumed control again and should have opened the scoring in the 55th minute after Nelson Semedo felled Sancho inside the box. Reus stepped up but saw his penalty saved by Ter Stegen again.

The "BVB" remained on the front foot and came close in the 77th minute when Julian Brandt's long-range hammer rattled the woodwork.

Ter Stegen seemed invincible as Reus had another two chances from promising positions, but the goalkeeper defused both and secured his side a goalless draw on the road.

Barcelona even had the chance to grab a late win, but Lionel Messi's shot from inside the box got blocked.

With the draw, Dortmund and Barcelona are now on equal on points with Inter Milan and Slavia Prag in Group F.

It can happen with any player, says Willian on Ross Barkley missing penalty