Dortmund fell behind for the third straight league game but their in-form frontline that had scored eight goals in the previous two matches were largely toothless this time. 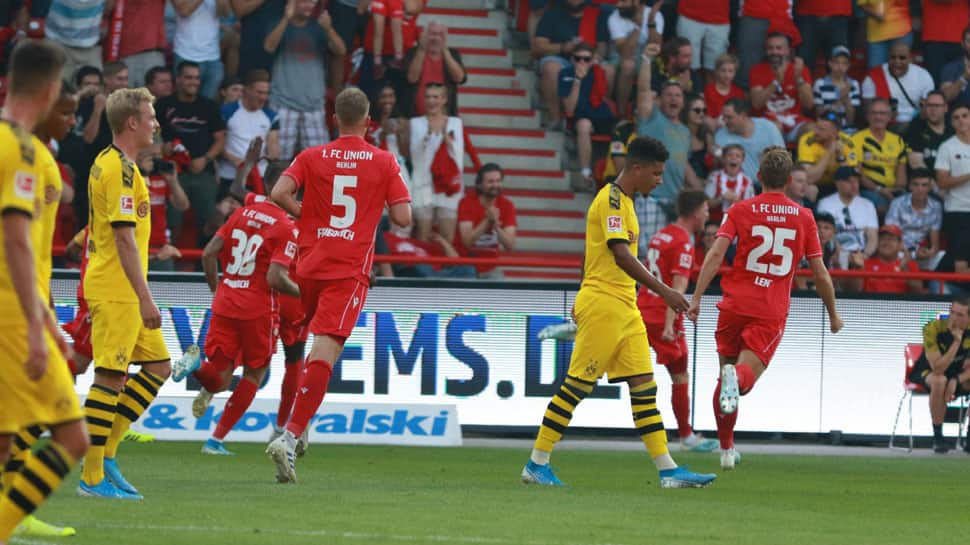 Dortmund fell behind for the third straight league game but their in-form frontline that had scored eight goals in the previous two matches were largely toothless this time.

Marius Buelter gave the hosts a shock lead in the 22nd minute, but their joy was short-lived with Dortmund forward Paco Alcacer stabbing in an equaliser three minutes later to continue his run of scoring in every Dortmund game so far.

Yet instead of turning the game around as they had done in previous weeks, Dortmund showed little attacking appetite against a disciplined Union side and soon conceded again.

Buelter slotted in on the rebound after keeper Roman Burki had done well to stop a shot and the goal exposed Dortmund`s defensive weakness so far this season.

Sebastian Andersson then completed a fine passing move in the 75th minute to score their third as the Alte Foersterei stadium erupted in song and fans lit flares.

"Obviously we are very disappointed," said Dortmund`s Julian Brandt. "We have to learn from this. We are responsible for the way we play. We should have avoided falling behind in the first place."

The Ruhr valley club`s first loss of the season leaves them on six points in fifth place, three behind leaders RB Leipzig, who are on nine after their 3-1 win over Borussia Moenchengladbach. Union are on four points.