Sam Mewis brace helps the current world champions to secure a spot for the 2020 Tokyo Olympics as they thrash Mexico 4-0. 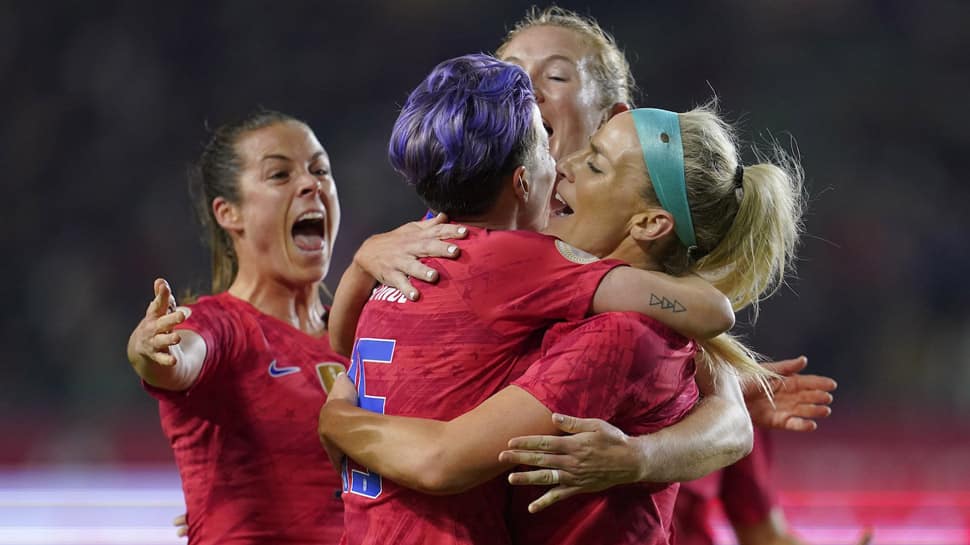 Sam Mewis scored a pair of goals to help lead the dominant United States to a 4-0 rout over Mexico, clinching a spot in the 2020 Olympics on Friday. FIFA`s No. 1 ranked women`s team, the US played up to their lofty status as they blasted Mexico in the semi-finals of the CONCACAF women`s Olympic qualifying championship.

The US advanced to Sunday`s final against Canada, also Tokyo-bound after defeating Costa Rica 1-0 in a tight match earlier in the day. The Americans had no such challenge in their home tilt at Dignity Health Sports Park in Carson, California. Rose Lavelle gave the team an early advantage with a goal in the fifth minute, while Mewis netted her first in the 14th.

Mexico could do little to make an impression as the US controlled possession.

Mewis added her second score in the 67th minute and Christen Press completed the scoring six minutes later. The US, now on a 27-match unbeaten streak, are keen to make amends for a quarter-final at the 2016 Olympics in Rio de Janeiro.

For Canada, Jordyn Huitema`s second-half strike earned the win over Costa Rica. Canada dominated possession in a frustrating opening half but lacked inspiration in the attacking zone, managing a single shot on target.

The Canadians continued to press after the break and were finally rewarded in the 72nd minute when Huitema hit the post from close range but then coolly slotted the rebound into the back of the net for her seventh of the tournament. "I think the first thing I said to the team was, that`s my luck for 2020," said Huitema. "I said that`s all of it right there that it came off the post and right back to my foot. It ranks up there, it wasn`t the prettiest but a goal is a goal and it is one of the most meaningful I have ever scored."

Eighth-ranked Canada, bronze medal winners at the 2012 and 2016 Olympics, has won all four of their matches and ahead to Sunday`s final against the US had yet to concede a goal.

It marked their 14th win in 14 meetings against Costa Rica but Canada was made to earn their Tokyo ticket as their 37th ranked opponents came out determined to end their losing streak. "Costa Rica made it difficult for us all game but we dominated and just couldn`t put the ball in the back of the net," Canadian captain Christine Sinclair said. "Going to the Olympics never gets old, every one of those has brought a different story, a different experience. We`re looking to get back on the podium but we had to get there first."