Wolves thought they had scored six minutes into the second half when Dendoncker blasted in from close range but VAR deemed that the midfielder had headed the ball onto teammate Willy Boly`s arm off a corner before taking the shot. 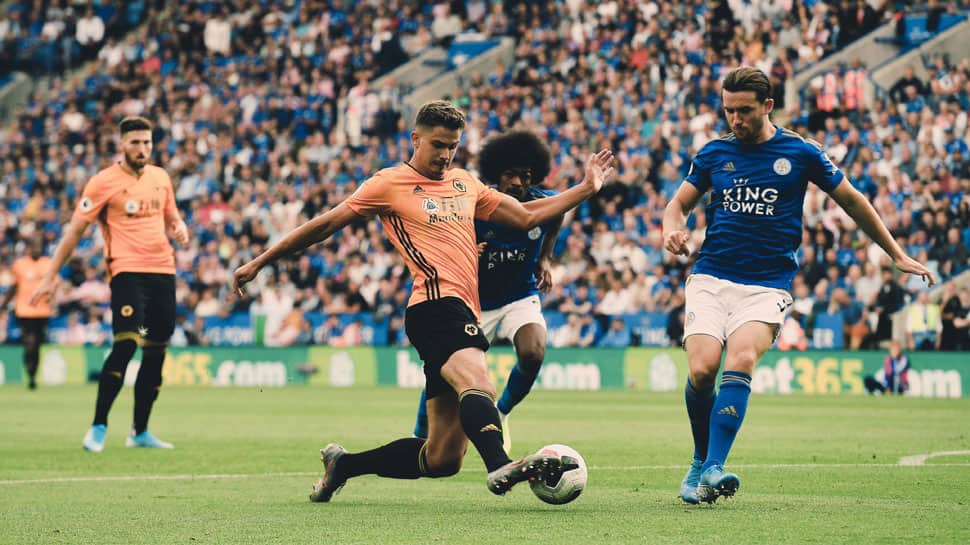 Wolverhampton Wanderers had a goal by Leander Dendoncker ruled out by the Video Assistant Referee (VAR) in an entertaining 0-0 Premier League draw against Leicester City at the King Power Stadium on Sunday.

Wolves thought they had scored six minutes into the second half when Dendoncker blasted in from close range but VAR deemed that the midfielder had headed the ball onto teammate Willy Boly`s arm off a corner before taking the shot.

That was shortly after Raul Jimenez produced the game`s first shot on target but Wolves failed to get the breakthrough as the Mexico striker`s right-footed effort was easily dealt with by Leicester goalkeeper Kasper Schmeichel.

Wolves boss Nuno Espirito Santo said that VAR, which is making a debut in the Premier League this season, had the potential to "ruin the game" for some fans.

"I haven`t seen the images but I trust them. If they saw it, what can we do? Things that weren`t (that way) before shouldn`t be now. We have such a nice Premier League, such a product, we cannot lose that," Santo told the BBC.

"What I`m concerned about is, let`s not ruin the game."

Leicester, who dominated possession in the opening period, missed a clear opportunity to take the lead in the 38th minute when Youri Tielemans fizzed a pass into the box but striker Jamie Vardy failed to connect at point-blank range.

Wolves could have made Leicester pay for that miss seconds before the break but forward Diogo Jota lost his footing in a shooting position after he won the ball near the halfway line off a wild clearance and charged into the penalty area.

Leicester are at Chelsea on Aug. 18 while Wolves host Manchester United a day later.