Vardy, who endured a heavy collision with Foster earlier in the match, was substituted minutes after scoring as he appeared to suffer a delayed reaction to the knock. 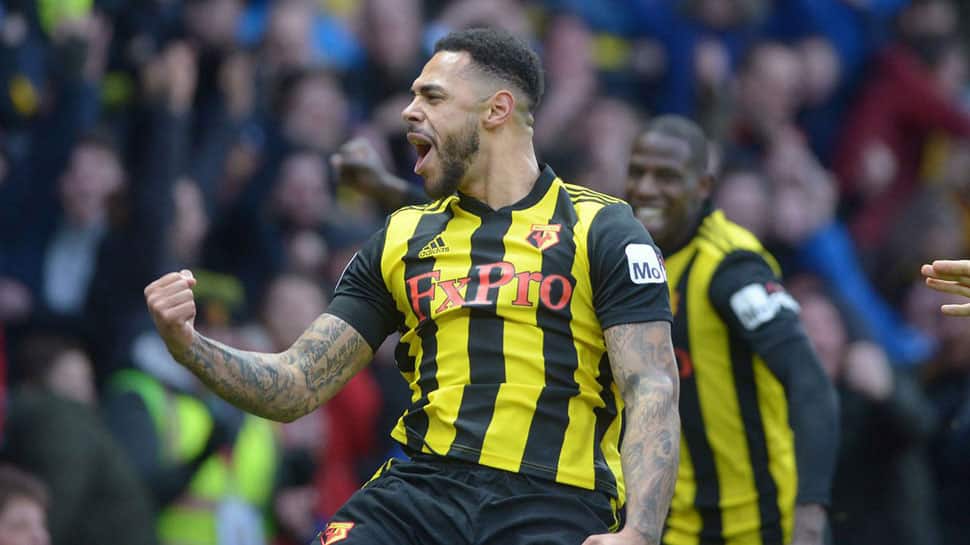 Watford`s Andre Gray scored a stoppage-time winner as Leicester City began life under new boss Brendan Rodgers in underwhelming fashion, suffering a 2-1 defeat at his former club in the Premier League on Sunday.

Watford clinched victory in the second minute of added time as Troy Deeney latched on to a poor goal kick by Leicester keeper Kasper Schmeichel and set up substitute Gray who held his nerve to score.

Watford had taken the lead through Deeney in the fifth minute as the striker got his body across Wes Morgan and jumped to head home Gerard Deulofeu`s whipped ball from a free kick for his first goal in 10 matches at Vicarage Road.

Leicester responded after the break as Jamie Vardy ran onto a fine through ball from midfielder Youri Tielemens and smashed his finish over Watford goalkeeper Ben Foster for his 10th league goal of the season.

Despite conceding early, Leicester looked lively as the first half wore on but were unable to convert their good build-up play into clear chances, as Watford comfortably maintained their defensive discipline.

Watford began the second half on the front foot as Deulofeu combined well with Roberto Pereyra to tee up Abdoulaye Doucoure whose curling shot from distance was swatted away by Schmeichel.

Vardy, who endured a heavy collision with Foster earlier in the match, was substituted minutes after scoring as he appeared to suffer a delayed reaction to the knock.