We can't win all the time, says Pep Guardiola after Manchester City's defeat to Norwich City

Manchester City manager Pep Guardiola shrugged off his team`s shock 3-2 defeat by newly-promoted Norwich City in the Premier League on Saturday saying his team simply cannot be expected to win every week. 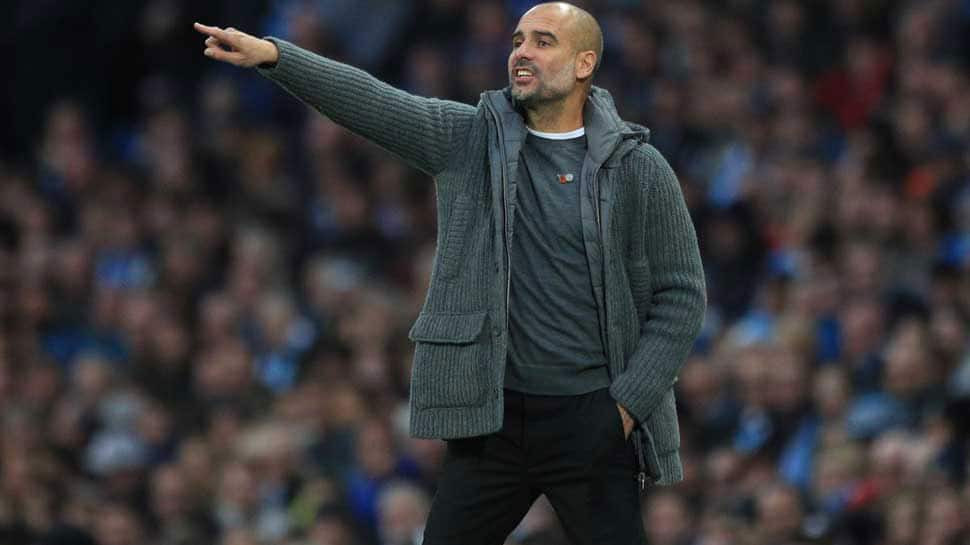 Manchester City manager Pep Guardiola shrugged off his team`s shock 3-2 defeat by newly-promoted Norwich City in the Premier League on Saturday saying his team simply cannot be expected to win every week.

Guardiola`s team beat Liverpool to the title by a solitary point last season after winning their last 14 games.

But after five games of this season they already trail Juergen Klopp`s side by five points.

"The people cannot expect us to win or pick up 100 points all the time. We’re going to recover now and come back," said Guardiola after the loss at Carrow Road.

City won 32 of 38 games last season, losing only twice and they had not suffered a league defeat since their 2-1 reverse to Newcastle United on January 29.

The prior season, City achieved a record 100 points, losing just two matches in the entire campaign and finishing 19 points clear at the top.

"Sometimes games like this happen – we had our chances to score but didn’t, so congratulations to Norwich," said the Spaniard, who felt the scoreline didn`t reflect the balance of the game.

City, as usual, dominated possession with 69% of the ball and they had eight shots on target -- while Norwich scored from all three of their efforts on goal.

"It is football – we had many opportunities today, they had three or four and scored three goals," he added.

Norwich`s crucial third goal came after defender Nicolas Otamendi was caught in possession in his own penalty area allowing Emiliano Buendia to square to Teemu Pukki.

In the absence of injured French defender Aymeric Laporte, who could be sidelined for six months with a knee injury, City featured John Stones and Argentine Otamendi in the centre of defence and they rarely looked solid on Saturday.

With Vincent Kompany having left the club and not been replaced during the transfer window, City have few options at the back but Guardiola said he had confidence in Stones and Otamendi.

"John and Nico have played together many times and been a huge part of what we have done, but Kompany is now in Belgium, Laporte is injured and these are the defenders we have at this moment," he said.

City`s Spanish international midfielder Rodri said not too much should be read into the loss.

"That’s football. It wasn’t a normal game, but we have to look forward. The season is very long, you’re going to have matches like this – at least two or three," he said.

"We’re not a 10 as a team. We’re not perfect. The only positive thing we can say is that it’s early in the season. We’re five points behind the leaders, but we need to keep going."