Rennes had their Ligue 1 game at Nimes rescheduled from Saturday by the Ligue de Football Professionnel (LFP) to allow them more time to prepare for Arsenal`s visit. 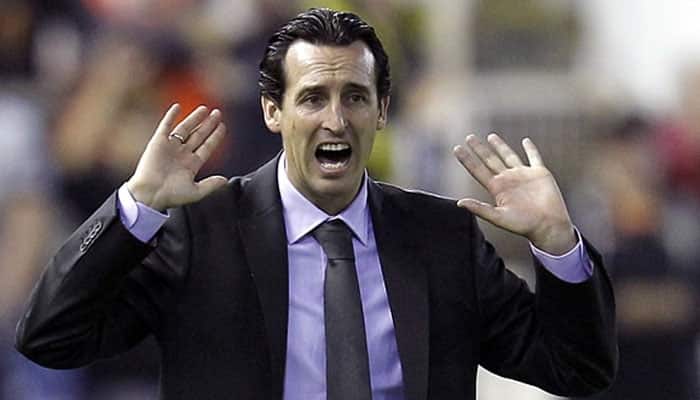 Arsenal manager Unai Emery has said he does not believe the week`s rest afforded to their Europa League last-16 opponents Rennes by the French league governing body will be a deciding factor in the first leg on Thursday.

Rennes had their Ligue 1 game at Nimes rescheduled from Saturday by the Ligue de Football Professionnel (LFP) to allow them more time to prepare for Arsenal`s visit while the Premier League side played rivals Tottenham Hotspur in a 1-1 draw.

"It`s not an excuse for us. We have the habit to play a lot of matches week-by-week. We rested on Sunday. We`re starting to work Monday, Tuesday and Wednesday. Tomorrow we will be ok to play, every player," Emery told reporters on Wednesday.

"The Premier League decided the schedule for our matches. I respect them. We adapted, our adaptation is preparing (for) the matches with the days we can have."

Arsenal`s Pierre-Emerick Aubameyang missed a late spot-kick in the North London derby that could have lifted Arsenal to fourth place within a point of Spurs, who are third, but Emery said he still had belief in the striker to take penalties.

"I was positive before and I`m positive today. If he`s going to shoot a penalty again I have very big confidence he can score," the Spaniard added.