Diogo Jota put the home side further ahead with a brilliant solo strike in the 76th minute, bursting through on the break and fighting off Luke Shaw before blasting the ball past Romero. 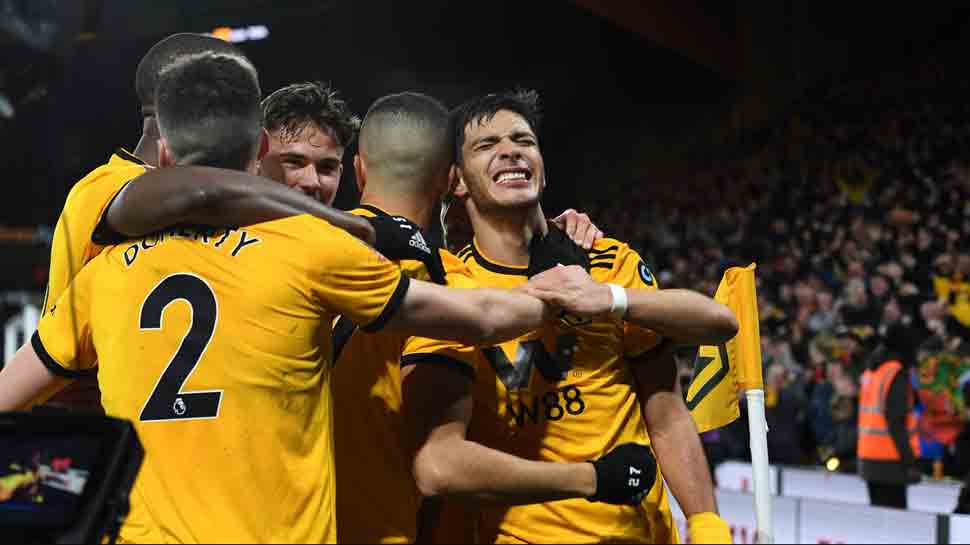 Wolverhampton Wanderers reached the FA Cup semi-finals for the first time since 1998 by beating last year`s runners-up Manchester United 2-1 with a clinical second-half display in an intense atmosphere at the Molineux stadium on Saturday.

Mexican forward Raul Jimenez sent the home fans into a frenzy with a scrappy finish to break the deadlock in the 70th minute, snatching at the ball on the turn and beating keeper Sergio Romero who had made two outstanding saves.

Diogo Jota put the home side further ahead with a brilliant solo strike in the 76th minute, bursting through on the break and fighting off Luke Shaw before blasting the ball past Romero.

United had a red card for defender Victor Lindelof overturned by VAR and Marcus Rashford pulled a goal back in added time but there was no time left to mount a comeback and they fell to a second defeat in a row for the first time since Ole Gunnar Solskjaer took over as manager in December.

Despite the late scare, it was a fully deserved victory for Nuno Espirito Santo`s side who edged the first half and utterly dominated the second.

With their fans singing "We`re on our way back", Wolves savoured another huge Cup victory after knocking out Liverpool in the third round and will now have a Wembley semi-final to add to their many highlights in a hugely impressive first season back in the Premier League.

"It means a lot, the FA Cup is the oldest competition there is, we played well and we achieved this with the amazing support of our fans, pushing us, believing in us, the noise was fantastic and we did it together," Nuno told a news conference.

"It is a deserved result, we were outstanding," Wolves captain Conor Coady added.

United had lost their last game at Arsenal and the absence of Romelu Lukaku through injury meant they lacked presence up front against the intense home side, who sought to cancel out their opponents in midfield while picking them off on the break.

"That was the poorest performance we have had since I`ve been here," Solskjaer said.

"We started too slowly and played into their hands. Our possession wasn`t bright enough and quick enough, so it`s disappointing."

"This was a big step backwards, mainly because of the quality of the possession and the passing."

Towards the end of an even first half, Wolves caught United out with a threaded pass from Ruben Neves into Jota, who found himself clean through as he entered the box but Argentine keeper Romero produced an impressive save.

Wolves then took the game to United after the interval and Romero pulled off a stunning reflex save to tip over a piercing header from Jimenez. These near misses only made Wolves more determined, and once they found the breakthrough through Jimenez, they never looked like letting their lead slip.