Midfielder Leander Dendoncker struck from close range early in the second half but the goal was ruled out on review because he had headed the ball onto teammate Willy Boly`s arm before taking the shot. 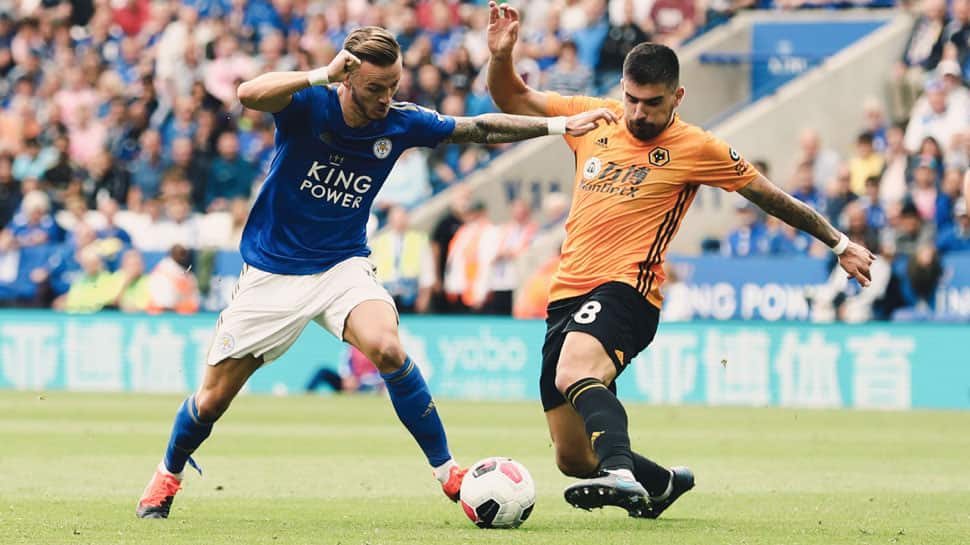 Wolverhampton Wanderers` skipper Conor Coady has criticised officials after his team had a goal disallowed by the video assistant referee (VAR) for a handball in their 0-0 Premier League draw with Leicester City on Sunday.

Midfielder Leander Dendoncker struck from close range early in the second half but the goal was ruled out on review because he had headed the ball onto teammate Willy Boly`s arm before taking the shot.

Coady said recent changes to the handball rules had muddied the waters and suggested that officials, and the VAR, needed to show more "common sense".

"It`s a goal," the defender told British media. "People will say they have VAR and it has hit (Boly`s) hand but he is not looking at the ball. We are going to have to play with our hands chopped off in future."

The International Football Association Board (IFAB), the game`s rule-making body, said in March that handballs from attackers in goal-scoring situations would no longer have to be deliberate.

The rule change effectively stops situations where an attacking team benefits from a touch off a player`s arm or hand in the build-up to a goal.

Coady said the change would result in dozens of similar situations where goals were ruled out over the course of the season.

"The thing is, they say they`ve clarified the situation – it`s not clarified," he added. "They have brought VAR in to rectify all those problems, but I think it has gone too far the other way now."

"No-one appealed for (the handball). We had a meeting with the referees at the start of the season and they said common sense would prevail in that situation."