Van Dijk was nominated for the Best FIFA Men's Player of the Year award after guiding Liverpool to Champions League glory with a 2-0 victory over Tottenham in the final. 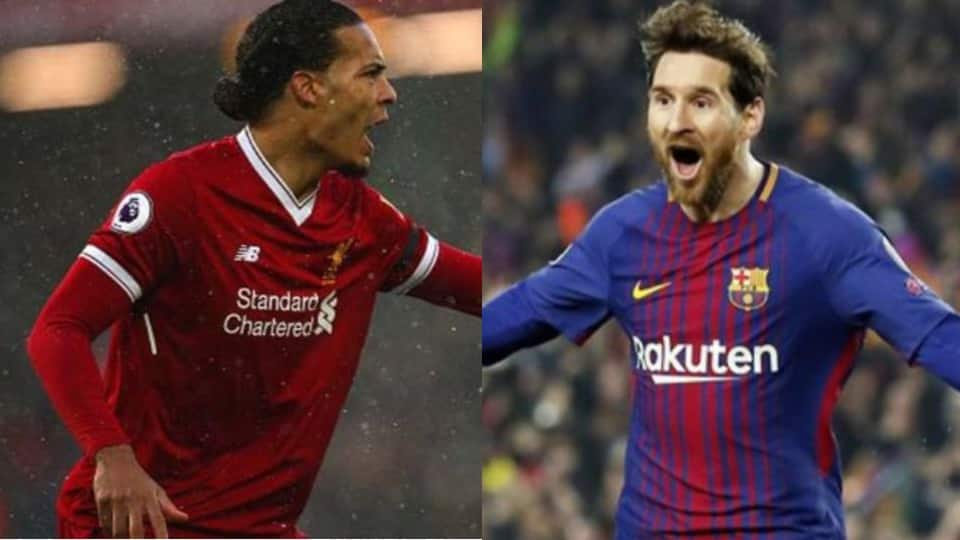 Liverpool defender Virgil van Dijk has quashed any comparison between him and Lionel Messi after missing out on winning the Best FIFA Men's Player of the Year award to the Barcelona star.

Messi picked up the prestigious award for a record sixth time after beating van Dijk and five-time winner Cristiano Ronaldo of Juventus.

Van Dijk, who finished as the runner-up, said that there should be no comparison between him and Messi--who won the Spanish La Liga title with Barcelona last year besides clinching the European golden boot after notching up 54 goals in 58 games in all competitions.

"The people who vote made a decision and you have to accept it. That's just the case and as players you can't compare me and Messi because it's totally different," goal.com quoted Van Dijk as saying.

The Liverpool star further dismissed any suggestion that he was upset not to clinch the Best FIFA Men's Player of the Year award.

"Disappointed? You can't be disappointed.I'm just very happy to be here, to be in the team of the year, after the hard work and the good work we put in last year," he said.

Van Dijk was nominated for the award after he guided Liverpool to Champions League glory with a 2-0 win over Tottenham in the final.

Besides this, the Dutch defender also had an incredible Premier League campaign last season, when Liverpool fell just behind Manchester City.

Van Dijk had also guided the Netherlands to the final of the inaugural Nations League, which was won by Ronaldo's Portugal.