Zidane won an unprecedented three consecutive Champions League titles with the Spanish giants before resigning in May last year. 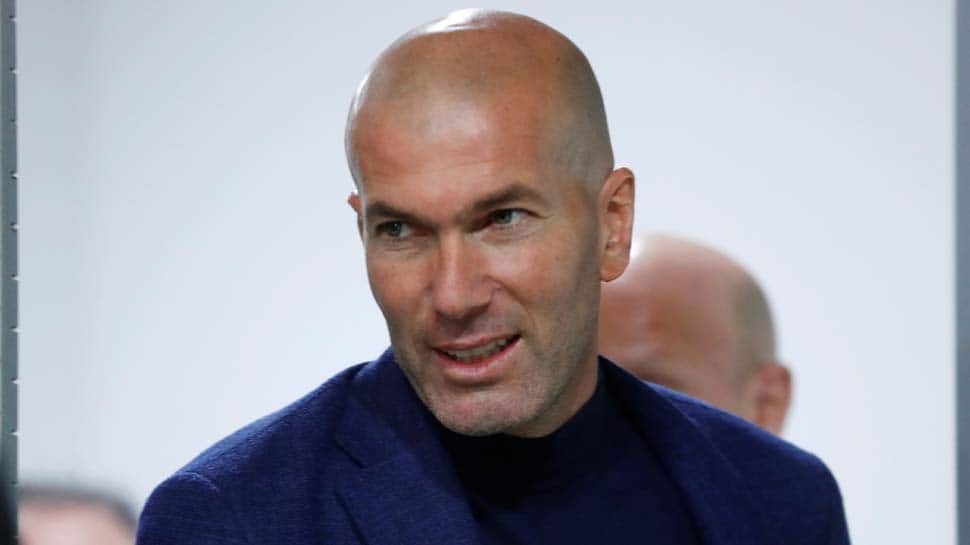 Real Madrid reappointed Zinedine Zidane as coach on a three-year contract on Monday following the sacking of Santiago Solari, with the Frenchman promising wholesale changes after the deposed European champions saw their season collapse inside a week.

Zidane won an unprecedented three consecutive Champions League titles with the Spanish giants before resigning in May last year, with his replacement Julen Lopetegui sacked in October and Solari lasting just over four months in charge.

Madrid were eliminated from the Champions League in the last 16 by Ajax Amsterdam last Tuesday after two Clasico defeats by Barcelona, knocking Real out of the Copa del Rey and leaving them 12 points adrift of the Catalan Liga leaders.

"Things will change, in every way, we have to change things for the years to come," Zidane told a news conference at the Santiago Bernabeu after signing a contract until June 30, 2022, raising the prospect of a squad overhaul.

"Now the important thing is that I am back, and there is time to talk and see what needs to be done. Right now, that`s not the issue, we have 11 games to play."

Real next face Celta Vigo in La Liga at the Bernabeu.

Solari, a former Real Madrid and Argentina midfielder who took over the reins on Nov. 13, had replaced former Spain manager Lopetegui but failed to bring success to the club.

Real have offered Solari the chance to remain at Madrid in a different role if he wants to continue working at the Bernabeu.

Real had won the Champions League for three straight seasons under Zidane, who also lifted the trophy as a player with the club, but they suffered a shock 4-1 loss at home to Ajax to go out 5-3 on aggregate, their earliest exit since 2006.

"When the president called me, I could not tell him no," said Zidane. "When you have won a lot, sometimes you can have a dip, and this year it has been like that.

"I don`t blame anybody. Lopetegui and Solari wanted to do the best they could for the players, the team and the club. It went how it went, I won`t get into that, we must look forward."

Solari was in charge of Real for 22 games in all competitions, losing eight and drawing two, and helped the Spanish giants claim the FIFA Club World Cup in December.

Real are third in the Liga standings, with Zidane`s job now is just to keep them in the top four and secure a Champions League spot. They have a 10-point lead over fifth-placed Alaves.

Barca beat Real 1-0 in the league at the Bernabeu on March 2 just three days after winning 3-0 in Madrid to knock their arch-rivals out of the Copa del Rey in the semi-finals.

Solari`s side thrashed Real Valladolid 4-1 on Sunday in his final stand as coach. Zidane, who won the World Cup with France as a player, will take charge of training on Tuesday.

Zidane, who took over at Real in January 2016 after Rafa Benitez was dismissed, won the Champions League that season, before claiming a La Liga and European Cup double in 2017.

Five days after a third triumph in last season`s Champions League final over Liverpool, the former Real midfielder decided to walk away, saying it was the right moment to depart.

The 46-year-old Frenchman, who won the World Cup and European Championship as a player, secured nine trophies as coach at Madrid and is considered a hero by supporters after managing Real in one of the team`s most successful eras.

"The history of this club is not going to change. We all know this is the best club in the world," added Zidane. "I`m happy to be here and I have to think about Saturday`s game."