Parrikar, 63, has been absent from the office for an extended period due to a pancreatic ailment. 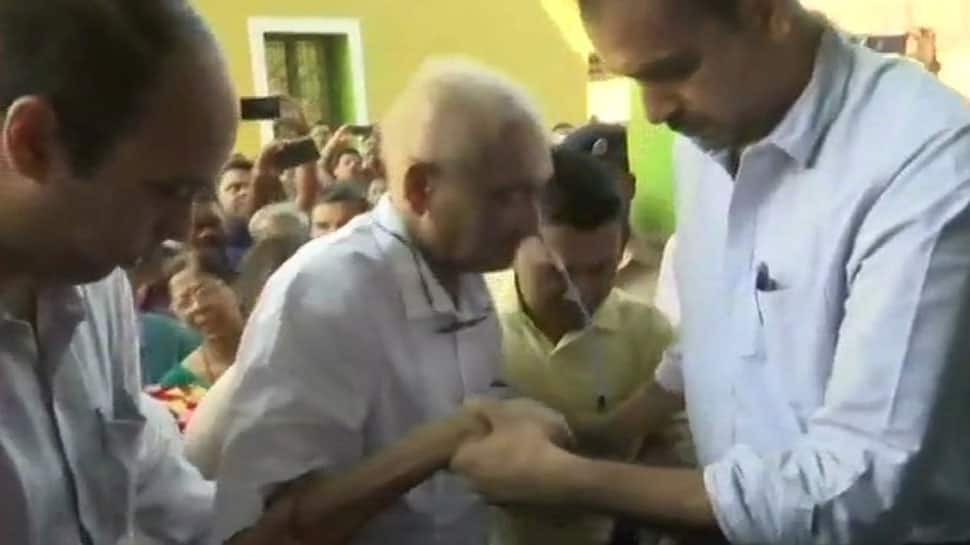 Panaji: Ailing Goa Chief Minister Manohar Parrikar attended office at the Goa Secretariat for the first time in the last four months on Tuesday, New Year's day. He held a meeting with his cabinet colleagues and officials at the state secretariat in Porvorim.

Goa: Chief Minister Manohar Parrikar held meeting with his cabinet colleagues and officials at the state secretariat in Porvorim. pic.twitter.com/bwPBdpkq4V

The 63-year-old BJP veteran was absent from the office for an extended period due to a pancreatic ailment. He had undergone treatment at private hospitals in Mumbai and the USA last year.

The chief minister, with medical appendage, got down from his car at the main gate of the secretariat at around 10:45 AM, smiled at people, and walked inside, sources said.

Panaji: Goa Chief Minister Manohar Parrikar arrives at the state secretariat, is welcomed by party workers and leaders. Parrikar is being treated since February last year for a pancreatic ailment pic.twitter.com/mKus97RJ3F

Hundreds of BJP workers who had gathered outside the complex cheered when Parrikar arrived.

In the first public appearance since his return from the All India Institute of Medical Sciences (AIIMS) in Delhi in October, the chief minister had last month inspected the work on new bridges over the Mandovi and the Zuari rivers near Panaji.

Since his discharge from AIIMS, Parrikar has been recuperating at his private residence at Dona Paula near Panaji.