The letter, accessed by Zee News, has been signed by state Congress president Girish Chodankar. 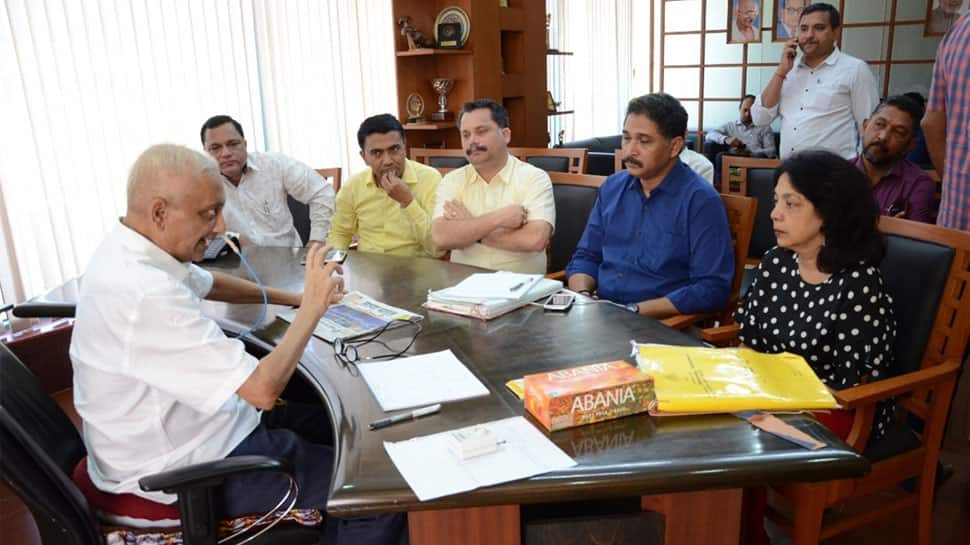 Fearing assassination attempt on Goa Chief Minister Manohar Parrikar's life, the Opposition in the state has written to the President Ram Nath Kovind seeking enhanced security for him.

The letter, accessed by Zee News, has been signed by state Congress president Girish R. Chodankar with the subject: 'Enhancing Of Security cover To Chief Minister Shri. Manohar Parrikar'.

“The undersign (Chodankar) states that your good self must be aware of the Audio Leak of the telephone conversation of Shri Vishwajeet Rane, Health Minster Of Goa where by he is heard telling the other person on the call that Chief Minister of Goa Shri Manohar Parrikar has the Rafale deal files in-his bedroom at his flat at Dona Paula and this was told by Chief Minister to his cabinet colleagues in cabinet meeting held at the residence of the Chief Minister.

“The Congress party apprehends that attempts on the life of Chief Minister Shri Manohar Parrikar may be made to obtain the files from those who want that actual details of Rafale Deal should not come in public domain as the corruption in the deal will be proved.

“Also certain prominent persons in the Government are talking in hushed tones of a maha-thug who is seeking to control everything,” says the letter.

“This is more so in light what is as heard being stated by Shri Vishwajeet Rane in the audio that Chief Minister Shri Manohar Parrikar is using the said files to hold to top BJP leadership to ransom to hold on to his chair in-spite of his health condition,” it adds.

The letter goes on to request that security cover to Parrikar “so that he is adequately protected from all possible apprehended threats and that he may be able to reveal the files to the Nation without any fear or favor and concerned authorities before possible threat to his life or the files getting destroyed.” 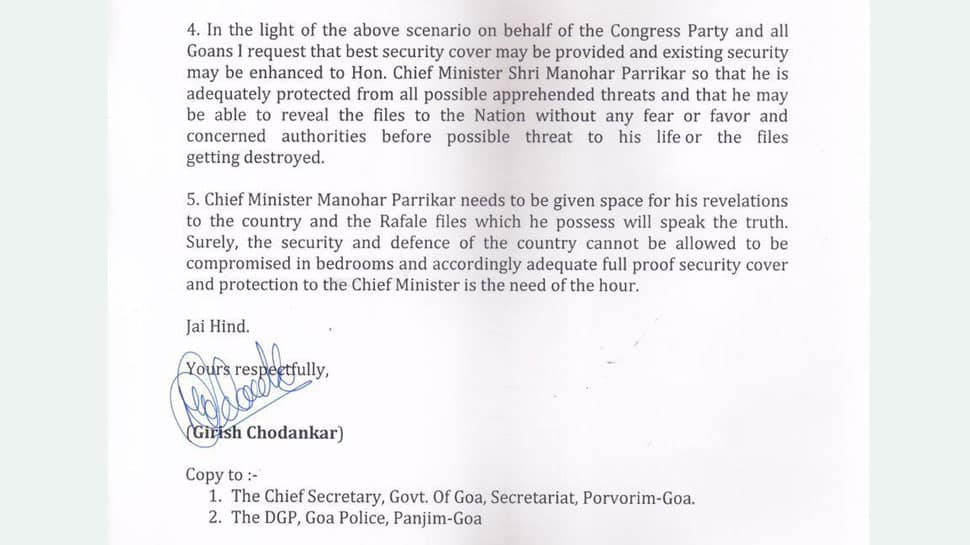 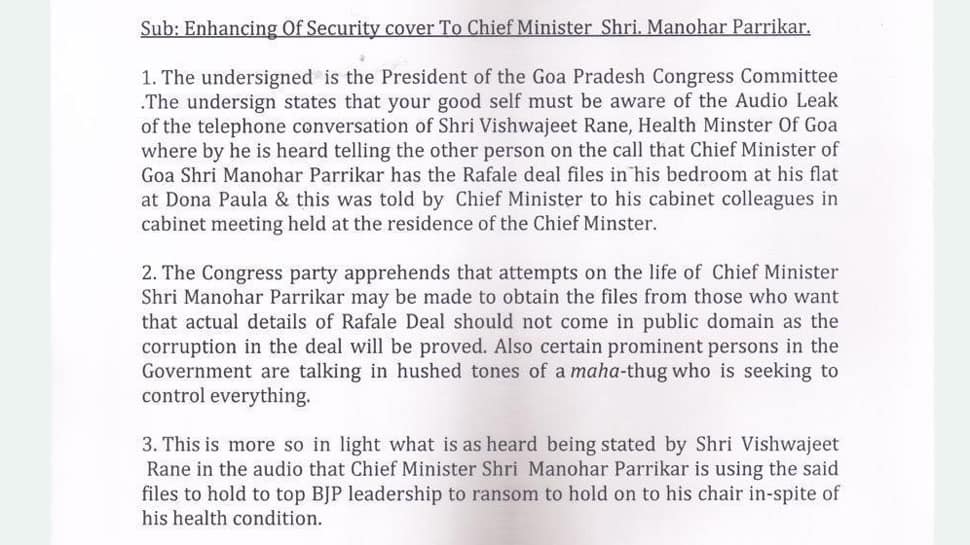 The audio clip, featuring Rane in phone conversation with a journalist, created a ruckus in Parliament on Wednesday. Congress, however, could not prove the authenticity of the audio.

Both Parrikar and Rane have claimed that the audio clip was not genuine, blaming the Congress for "mischief".